News from Marvel is showing that Fantastic Four #583 which kicks off the anticipated "Three" storyline has sold out before it actually went on sale! Including variants! This is further proof to the fact that at present Jonathan Hickman can do no wrong. I've been reading S.H.I.E.L.D and loving it, I don't actually know what's going on but I know I like it...
But never fear true believers, as always, second printing variants are on their way to fill the void.
Reports are that Three is going to be a big event in the scheme of things and judging by the sales figures, readers agree. Readers can be comforted by the fact that if you missed out on the first run of FF #583, you can always pick up the second printing variant on the 27th of October, the same day that issue #584 is released.
As a bonus, if you just can't get enough Vampire action, pick up the Vampire variant by David Yardin... good luck staking that heart!
FANTASTIC FOUR #583 SECOND PRINTING VARIANT
Written by JONATHAN HICKMAN
Pencils & Cover by STEVE EPTING
Rated A …$2.99
FOC – 10/7/10, On-Sale – 10/27/10
FANTASTIC FOUR #584 (AUG100594)
FANTASTIC FOUR #584 ADAMS VARIANT (JUN108150)
FANTASTIC FOUR #584 VAMPIRE VARIANT (AUG100595)
Written by JONATHAN HICKMAN
Penciled by STEVE EPTING
Cover by ALAN DAVIS
Variant Cover by ARTHUR ADAMS
Vampire Variant by DAVID YARDIN
Rated A …$2.99
FOC – 10/7/10, On-Sale – 10/27/10 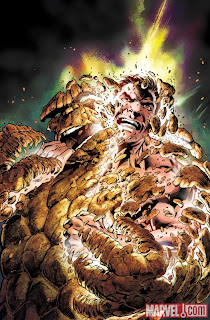 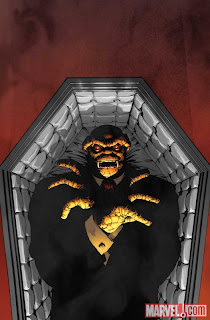