Showing posts from February, 2017
Show All

WE LIKE TO WATCH: EPISODE THIRTY FIVE - T2 TRAINSPOTTING

Episode 35! Stu and Billy are back this week to discuss T2 Trainspotting ! T2 Trainspotting   is a British Black Comedy Drama directed by Danny Boyle ( Trainspotting , The Beach, Slumdog Millionaire, 28 Days Later ) and is a sequel to Trainspotting . Set 20 years after the first film   the story sees Mark "Rent Boy" Renton (Ewan McGregor) return home to Edinburgh after living in Amsterdam this whole time, and reunites with his old friends Daniel " Spud" Murphy (Ewen Bremner), Simon "Sick Boy" Williamson (Jonny Lee Miller), and Francis "Franco" Begbie (Robert Carlyle) . Much has changed but just as much remains the same. The film also features Kevin McKidd, Kelly McDonald, James Cosmo, Shirley Henderson, and Irvine Welsh. As well as the film, Stu and I discuss what else we've been watching this week, and look over the latest in movie news. As always it would make our day if you could take a couple of minutes to rate and revie
Post a comment
Read more

Episode 34! Stu and Billy are back this week to discuss Silence ! Silence  is a historical drama film directed by Martin Scorsese ( The Wolf of Wall Street, The Departed, The Aviator ) and is based on the book of the same name by Shusaku Endo. The story focuses on two Christian missionaries, Sebastiao Rodrigues (Andrew Garfield) and Francisco Garupe (Adam Driver), who travel to Japan in search of their Mentor Father Cristovao Ferreira (Liam Neeson). At this time Christianity was outlawed in Japan and the priests presence forbidden. The film also features Tadanobu Asano, Issey Ogata, Shinya Tsukamoto. As well as the film, Stu and I discuss what else we've been watching this week, and look over the latest in movie news. As always it would make our day if you could take a couple of minutes to rate and reviews us on iTunes or drop us some feedback below! Really keen to have your input in the show. Enjoy!                                       Get it from P
Post a comment
Read more 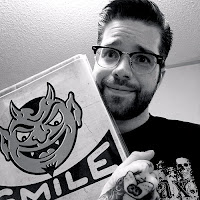 Over the weekend I had a chance to interview Ryan Ferrier about the third entry to his  smash hit sci-fi comic series D4VE from IDW ,  D4VEOCRACY . We talked about the continuation of the series and what's to come next. Enjoy. Billy Tournas: After a quick journey to hell in your series Hot Damn , Valentin Ramon and yourself are back on 34RTH with D4VEOCRACY . How did this all come about? Ryan Ferrier: Around the time we started working on D4VE2 I began making notes and scribbling down ideas for a potential third arc of the series, and the core idea for what would become D4VEOCRACY was the constant theme. I think both of us knew we had this third and final arc in us, so as soon as Hot Damn production started winding down, we shifted gears back on D4VE. We could’ve gone from D4VE2 to D4VEOCRACY , I remember, but we decided to take a small break for Hot Damn , which I’m so proud of. We missed D4VE a lot though. This third arc has felt nothing but natural. Was worki
Post a comment
Read more

Get Even (PS4) First Impressions

As this review is a First Impressions of a game that is still in development, there will be no */10 Geeks score at the end. Any aspects of the game discussed here are subject to change in the final version. --- Whether or not you enjoy Get Even is going to depend on how much you don't like having every question answered - or even most questions, for that matter. If you're the kind of pop culture consumer who avoids things like Inception , Minority Report , Silent Hill and the collected works of David Lynch, you'll want to add Get Even to that list, then go and reassess your life choices. Those of us who are keen on all of the above will, most likely, have a ball . After reading a few reports which detailed several different incarnations of its story, dating as far back as 2013, the version of Get Even that I played had a plot somewhere between Deadly Premonition and Paycheck , with a healthy dose of P.T. mixed in. You play as Cole Black, a Sean Bean-accen
Post a comment
Read more

WE LIKE TO WATCH: EPISODE THIRTY THREE - HIDDEN FIGURES

Episode 33! Stu and Billy are back this week to discuss Hidden Figures ! Hidden Figures  is a biographical drama film directed by Theodore Melfi ( St. Vincent ) and based on the non-fiction book of the same name by Margot Lee Shetterly about female African-American mathematicians at NASA. It focuses on Katherine G. Johnson (Taraji P. Henson), Dorothy Vaughan (Octavia Spencer), and Mary Jackson (Janelle Mon á e) who served as the brains behind one of the more important space missions in NASA's history: the launch of John Glenn into orbit, which turned around the Space Race, and pushed forward the strive to go further. The film also features Kevin Costner, Kirsten Dunst, Jim Parson, Glen Powell, and Mahershala Ali in supporting roles. As well as the film, Stu and I discuss what else we've been watching this week, and look over the latest in movie news. As always it would make our day if you could take a couple of minutes to rate and reviews us on iTunes or drop
Post a comment
Read more

Episode 32! Stu and Billy are back this week to discuss Moana ! Moana  is a Disney animated film from Directors Ron Clements and John Musker ( The Little Mermaid, Aladdin, Hercules, Treasure Planet ). It focuses on Moana (Auli'i Cravalho), the strong-willed daughter of the chief in a Polynesian tribe, who is chosen by the sea itself to reunite a mystical relic with a goddess. When a blight strikes her Island, Moana must forgo tradition and set sail beyond the reef to find Maui (Dwayne Johnson), a legendary demigod, in the hope of saving her people. The film also features the voice casting of Rachel House, Temuera Morrison, Jemaine Clement, Nicole Scherzinger, and Alan Tudyk As well as the film, Stu and I discuss what else we've been watching this week, and look over the latest in movie news. As always it would make our day if you could take a couple of minutes to rate and reviews us on iTunes or drop us some feedback below! Really keen to have your input in
Post a comment
Read more

January at the movies 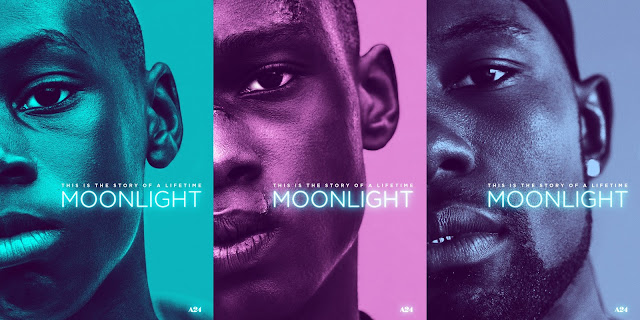 Every December when compiling my top 10 films of the year, I stress out to the point that I basically swear off watching movies ever again. So this year, i’m adopting a new approaching; I’m going to maintain a top 10 list all year which will be revisited each month to factor in the new things I’ve seen. An ongoing cinematic cage match as it were; where combatants will face wave after wave of new contenders. Each month I’ll list all the films I watch either theatrically or video on demand and rank them accordingly. I’d love it if you played along as the year goes on and of course if you've see any of these films and agree or disagree with their ranking please feel free to yell at me in the comments below. January Top 10: 1. Moonlight 2. Jackie 3. Manchester by the Sea 4. Edge of Seventeen 5. Rosalie Blum 6. Perfect Strangers 7. Live by Night 8. Patriot's Day 9. Split 10. Lion  Check out Episode 31 of We Like to Watch where Billy and I discuss Moonlight
Post a comment
Read more
More posts