Showing posts from March, 2011
Show All

The Sacred Blacksmith is an anime series from Studio Manglobe (Samurai Champloo & Sengoku Basara). Based upon a series of light novels by Isao Miura it tells the story of Cecily Campbell, a third generation knight from the city of Housman. Although she means well, she finds herself stumbling and bumbling her way through a series of encounters until she teams up with the mysterious blacksmith Luke Ainsworth and his trusty sidekick Lisa. Forty four years have passed since the Vanbanill War and fears are raised that war will once again ravage the land.
Post a comment
Read more

Do you like anime? Do you like people belting the crap out of each other? Do you like a belly laugh? Then Kenichi: The Mighty Disciple ( 史上最強の弟子ケンイチ ) is for you! Kenichi is a weakling with dreams of an unattainable martial arts prowess which is wildly beyond his physical and mental capabilities… or is it? He teams up with and falls for Miu, a beautiful and powerful woman who is well versed in a number of martial arts. Sound formulaic? It is! But don’t let that deter you.
2 comments
Read more

Xam'd: Lost Memories Collection 1 has been released on Blu Ray and DVD here in Australia by Madman. Initially released on Sony's PlayStation Network, Xam'd takes place on Sentan Island, a beautiful locale which was thankfully isolated from an ongoing war between the Northern Government and the Southern Continent Free Zone, isolated until now. The story begins by introducing us to our main players, the male protagonist Akiyuki, love interest Haru and a mysterious female foreigner Nakiami.
Post a comment
Read more 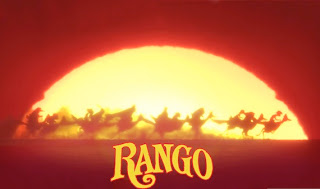 Rango is the first animated feature to be produced by Industrial Light and Magic (ILM), the effects house responsible for some of the most innovative special effects of the past twenty years. Industrial light and Magic have pioneered much of the effects technology which is now standard in modern cinema. Directed by Gore Verbinski (Pirates of the Caribbean) the film features the voices of Johnny Depp, Isla Fisher, Ray Winstone, Alfred Molina, Harry Dean Stanton and many more.
2 comments
Read more
More posts