Showing posts from June, 2011
Show All

Movie News - Transformers 3 Behind the Scenes

- June 29, 2011
The good folks at Paramount have given us a couple of behind the scenes videos to celebrate todays release of Transformers: Dark of the Moon. For your viewing pleasure. a behind the scenes look at the Moscow premiere and an inside look at the "wing suit" operators used in the film.

- June 29, 2011
We've been supplied with a new video of the upcoming Marvel Studios film, Captain America: The First Avenger. Hopefully the film turns out as good as it looks! 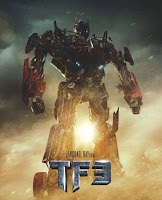 Released on DVD locally by Madman, Mobie Suit Gundam Unicorn takes place in the same timeline as the original series, Mobile Suit Gundam, and is based upon a novel by the same name by Harutoshi Fukui.
"The year is U.C. 0096. Three years have passed since the end of the Second Neo Zeon War.
It is said that the Vist Foundation manipulates the Earth Federation and Anaheim Electronics from behind the scenes. Hoping to create a new world, the Foundation attempts to hand over a certain secret to the Neo Zeon remnants known as the Sleeves. This will mean the opening of Laplaces Box, which holds a great secret tied to the origins of the Universal Century."

Directed by Jon Favreau (Iron Man), Cowboys & Aliens stars Daniel Craig, Harrison Ford and Olivia Wilde and tells the story of an alien invasion which just so happens to arrive in Arizona, 1873. Its all six shooters, spaceships, tumbleweeds and lasers as Jake Lonergan and his posse try to stop the alien invasion.

Based on the comic book written by Fred Van Lente and Andrew Foley and produced by Brian Grazer, Ron Howard, Spielberg, Kurtzman and Orci. If nothing else, it should be a visual feast.

Cowboys & Aliens is set for Australian release on the 18th of August 2011.

We all know that sequels suck, right? Thankfully, DreamWorks have changed this with Kung Fu Panda 2. There is so much to like about this movie.

Following on from where the 2008 film left off we join Dragon Master Po and the Furious Five, Tigress, Viper, Mantis, Monkey and Crane as they guard the Valley of Peace from external threats. Unbeknownst to Po, an evil peacock named Lord Shen has planned world domination but the only thing in his way is our friend, Po the but kicking panda. 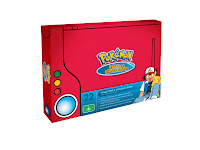 Many people may have noticed that Magna Home Entertainment have released a number of Pokemon DVD's over the years including their latest releases of Pokemon movies Zoroark - Master of Illusions and Arceus & the Jewel of Life on Blu Ray. After a bit of digging I found that they are releasing a MONSTER sized limited edition Pokemon: Kanto and Orange Islands Collection. That is a total of 22 discs and over 3,800 minutes of monstery goodness. The recommended retail prices is AUD$179.95 which may sound steep but really you're only paying just over $8 per disc which is a bargain at twice the price. Also, just to seal the deal, they are also including a whole bunch of Pokemon information and detailed region maps.

The good folks at Disney have sent through this all new trailer for the upcoming Muppet movie. It's time to play the music...

Before we get started, Durarara!! is supposed to have both exclamation marks. I promise it's no mistake.

When I was in Japan in 2010 there was DRRR!! merchandise EVERYWHERE! (I feel like one exclamation mark just isn't enough anymore...) Merch included everything from phone mascots and pencil boards to milky flavoured sweets and even a range of perfumes! The Ikebukuro branch of Animate is the companies flagship store and coincidentally the same city in which DRRR!! is set. The popularity of Durarara!! in itself has spurned a tourism boom within Ikebukuro.

"At the invitation of his childhood friend Masaomi, Ryuugamine Mikado transfers from his home in the country to a school in the city of Ikebukuro. Masaomi has warned him about people he doesn't want to cross in the city: a champion fighter, an informant, a pharmaceutical company who is commissioning the abduction of women off the street, and a mysterious gang called "Dollars." Nervous in the labyrinth of Ikeb…
Post a comment
Read more

"A Boy’s first computer. A country boy from Hokkaido, Hideki arrives in the big city (Tokyo) to go to college. Instantly, he is shocked and amazed by the variety and prevalence of Persocoms: personal computers designed to look and act like animals or even people! Too poor to afford one of his own, Hideki is overjoyed to discover a discarded Persocom in a trash heap. However, this gift of fate turns into a mystery as his Persocom, Chi, appears to be able to operate without her OS... How real is real?"


More than 9 years after its original Japanese release and 6 years since Madman first released Chobits on DVD, Hideki, Chi, Shinbo and Sumomo make their way to Blu Ray in this complete hi-def collection.

- June 07, 2011
The good people at Paramount Pictures have sent through this brand new and extended trailer for the upcoming Transformers 3: Dark of The Moon. The more I see of this movie the more excited I am to see it! Is that the Space Bridge I see? It's good to see a bit of acknowledgement for the original animated series. Autobots, ROLL OUT!

The next generation of Sony PSP (NGP) has been announced. The Sony Vita will see a worldwide release later this year.


This will be the third Virtua Tennis game to debut as a launch title on a Sony console.

Super 8 is the latest film by JJ Abrams which follows six young friends who, whilst making a film, witness a military train derailment. Unbeknownst to the kids is the nature of the cargo on the train and the conspiracy that has now engulfed them. The film is quite ambitious as it explores such things as first love, grief, parental responsibilities while at the same time being a traditional monster film.

A couple of days ago Madman revealed their release schedule for August 2011. There are some absolutely MASSIVE titles on offer on both DVD and BluRay. This is bound to be a very expensive month for a whole bunch of us otaku.

In a way, it would be great to be angry at the folks at Madman for bringing out so many great titles but at the same time, I'm a geek... there's no such thing as too much.
These are a couple of the stand out titles from August. Bleach, Digimon and One Piece Collections will also be released.

- June 02, 2011
Today sees the release of X-Men: First Class. This looks like the best incarnation of the franchise yet! So far the reviews have been incredibly possitive and I can't wait to see it myself. In the meantime, enjoy this clip. Do have what it takes to be an X-Man?