The folks from the house of ideas have supplied us with a sneak pek at Chaos War #2 (of 5) written by the New York Times best-selling team of Greg Pak, Fred Van Lente and Khoi Pham. All of the big guns will be out in action, Hercules, Thor, Iron Man and Wolverine take on against the Chaos King to try and stop his reality altering assault. Brother draws a mean Galactus!
Who better to battle a god than the GOD SQUAD! Enter Galactus, Silver Surfer, Venus, Sersi and Daimon Hellstrom in an epic battle for control of the Marvel Universe in Chaos War #2 (of 5)!
CHAOS WAR #2 (of 5) (AUG100583)
Written by GREG PAK & FRED VAN LENTE
Penciled by KHOI PHAM
Cover by BRANDON PETERSON
Rated T+…$3.99
FOC – 9/30/10, On-Sale – 10/20/10 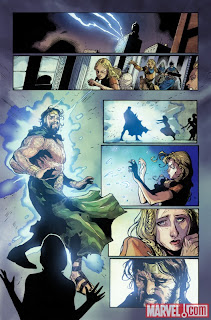 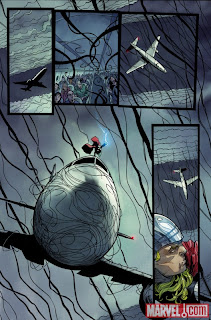 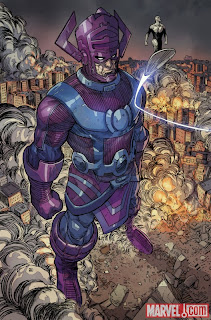 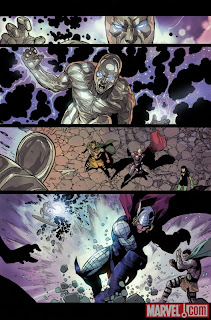 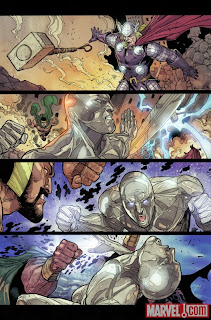