Welcome back true believers! Marvel have supplied us with a sneak peak at the upcomics Hulk #26 written by Jeff Parker with art by Gabriel Hardman. Thor VS Red Hulk... plus Galactus... 'nuff said!

In the previews we see the Odinson absolutely pasting the jolly red giant. But unless they can kiss and make up, MODOK’s Scorched Earth protocol will end life as we know it.
The much lauded series has been met by a staggering amount of critical acclaim:
“Hardman is clearly one of the more talented new pencilers to appear at Marvel, and his previous work with Parker on Atlas makes the two a natural pair.” – Jesse Schedeen, IGN.com
“Parker continues to dazzle me with his ability to step into the skin of any hero (or anti-hero in this case, I suppose) in the Marvel catalog and to find that character’s voice and speak for that character.” – Doug Zawiza, ComicBookResources.com
“I’m really excited by the new direction and new creative team involved with Red Hulk.”  - Iann Robinson, CraveOnline.com
It’s a battle of Asgardian proportions in Hulk #26!
HULK #26 (AUG100598)
HULK #26 VAMPIRE VARIANT (AUG100599)
Written by JEFF PARKER
Penciled by GABRIEL HARDMAN
Cover by ED MCGUINNESS
Vampire Variant by SALVA ESPIN
Rated T+ …$3.99
FOC – 9/30/10, On-Sale – 10/20/10 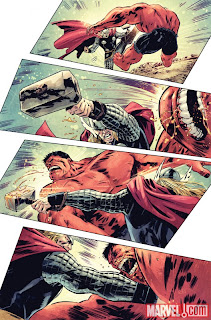 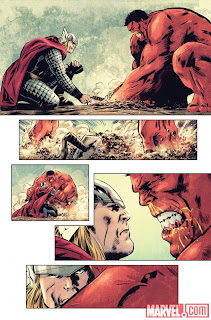 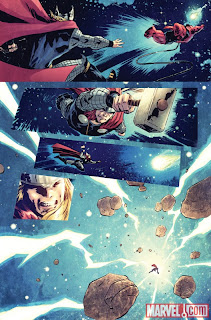 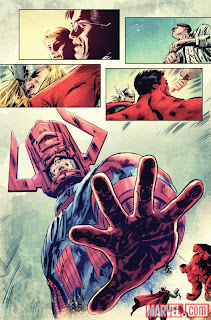 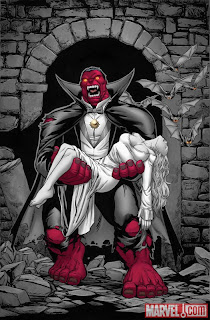