Thoughts From the Geek - My Life as a Geek - Part 1

Dependant on popular demand I'm going to use this space to explain how I became the massively geeky chap that I am today. If the folks at home want to hear it, hear it they shall.


This is the story of how I became the geek that I am today.

I wouldn't say that I was a geek as a kid, I was just a kid as a kid although maybe even more so. I loved reading, comic books, fantasy, sci fi and cartoons, sweet glorious cartoons. I was born to loving parents, loving and hard working. For the majority of my life my parents were both shift workers. My Dad would either be working night shift at a cigarette factory or driving trucks interstate while my Mum worked office jobs and the occasional shift working behind the bar in pubs and clubs. 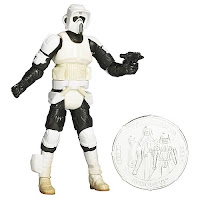 My father has two kids from his previous marriage, my half-brother and half-sister, they never lived with us so in effect I'm an only child. Further to this I was never a very sociable kid, I'm still not. There's a good handful of school report cards with the sentence "does not play well with others" scribbled on them. I was much more happy to play with my toys on my lonesome or sit in my room reading little golden books. It sounds anti-social, and I guess it is, but it's served me well so far. Sometimes it amazes me just how much I love the company of my beautiful wife. She's about the only person I've ever met who I never tire of. What a spot of good luck.

Some of my strongest and most vivid memories are of Saturday mornings and before school sitting in front of the TV, watching Agro's Cartoon Connection on Channel 7 while playing with my Transformers. I'm not talking about the plastic ones that are around today but the old ones in all of their die-cast glory. I would set up battles between Optimus Prime and Starscream or Hot Rod and Soundwave (I never had a Megatron figure). But I would never, ever cross categories. He-Man fought Skeletor and Luke Skywalker carved up Biker Scouts but never did the franchises cross. I had so many toys but I would never let them intermingle. If I hadn't seen them on the same TV show or the same comic book they simply wouldn't get played with at the same time. It's only now that I realise how at the age of 5 I knew that Spider-Man and Batman would never duke it out.
Boy did I love my toys, not to mention the cartoons that they derived from. M.A.S.K, Centurions, Dino Riders and Super Friends but my absolute favourite was always Transformers. I still remember getting a Grimlock figure for my 6th birthday, replacing Hot Rod as my most cherished toy. That was a pretty big deal considering that for the very same birthday I was also given Castle Greyskull and battle damage He-Man!

Throughout my entire childhood I can't ever remember breaking a single toy. I never chewed on swords or bit the fingers off Man-at-Arms like my sister, I cherished these things. Whenever I got a new Transformer or  would spend time with tweezers putting the stickers on my toys, making sure that those heat activated adhesives were in the perfect position. A 5 year old, with tweezers! Aside from this my toys never went outside, they were never dirty and, when not being played with, they would be arranged on shelves by size and group affiliation. Some might call that obsessive compulsive disorder while to others... this is just known as being a geek.
In part 2 I'll explain how I ended up wrestling a tiger at a travelling circus while in the Republic of Congo... (not really but you've gotta try and sell these things). But seriously, if you want to hear more leave a comment or let me know on Twitter, only crazy people talk when no one's listening.
bio geek GeekOfOz Ryan Thoughts