Image comics have announced that Morning Glories #2 and #3 have sold out at a distribution level. That makes all three issues sell outs! This has been a great read with my non-comic reading wife and I both digging it.


MORNING GLORIES #2 and #3 sell out at distribution level 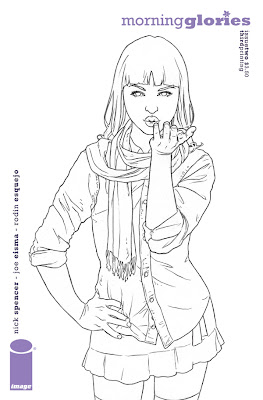