The good folks at Marvel have supplied us with a preview of the upcoming Ultimate Comics Spider-Man #15 written by superstar writer Brian Michael Bendis with art by Ultimate Comics débutante Sara Pichelli. I have the entire run of Ultimate Comics but jumped off at the time of the relaunch. Needless to say, I'm kicking myself now...
Official Press Release:
Marvel is pleased to present your first look at Ultimate Comics Spider-Man #15, from Eisner Award-winning writer Brian Michael Bendis and rising star Sara Pichelli making her Ultimate Comics debut!  Looks like Peter Parker has a whole lot to worry about…again.  But this time, it’s not rampaging symbiotes, chemical-crazed goblins, or multiplying clones coming down on his head -- its public opinion!  The web-slinger’s good name has been smeared by every paper in town.  Is he ready to throw in the towel for good...and all in the name of love??  One of Marvel’s most acclaimed series heads towards another major milestone this October in Ultimate Comics Spider-Man #15!
ULTIMATE COMICS SPIDER-MAN #15 (AUG100549)
Written by BRIAN MICHAEL BENDIS
Art by SARA PICHELLI
Cover by DAVID LAFUENTE
Rated T+…$3.99
FOC – 10/7/10, ON SALE – 10/27/10 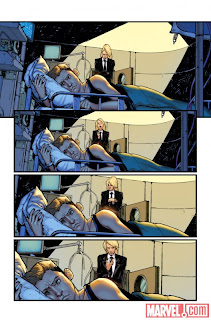 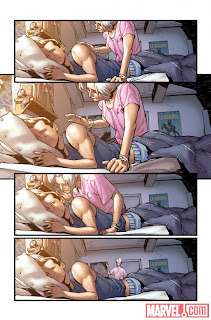 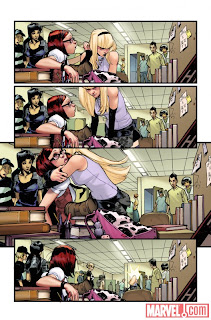 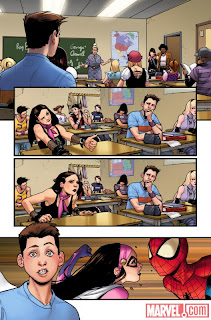