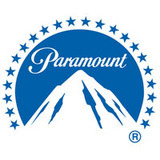 Tomorrow when the War Began has well and truly broken the $10 million mark in Australia and New Zealand and secured further international distribution. The film is based on a novel by best selling author John Marsden, a novel which has been enjoyed by just about every Australian school kid!
This is great news for not only Paramount Pictures and the film makers but for the entire Australian Film Industry. Congrats to all involved, you've really done us proud!
Official Press Release:

The Australian box office hit TOMORROW, WHEN THE WAR BEGAN is still going strong having taken AUD$11 million in Australia and over NZD$1.2 million in New Zealand. Opening early last month in both countries the film scored the third-biggest ever opening for an Australian film after Happy Feet and Australia and taking the position as the biggest Australian film of 2010.
After successful launches in Australia and New Zealand where the film is continuing to attract huge audiences, Paramount Pictures International has also acquired distribution rights for the United Kingdom, Scandinavia, Russia, Portugal and South Africa.
Andrew Cripps, President Paramount Pictures International, said “We are delighted to be distributing Tomorrow When the War Began in these additional markets and greatly look forward to bringing this story to international audiences.”