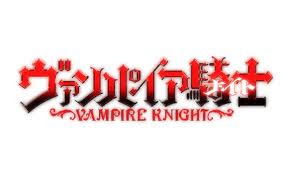 The Vampire Knight anime series is based upon the Manga of the same name. It tells the romantic story of a teenage girl, Yuki and her infatuation with a dashing pure blood vampire, Kaname (sound familiar?). But before you think that it stole themes from Twilight you should understand that the manga on which the TV series is based was first published 4 months before Twilight.

Yuki Cross' first memory is an incident where she is attacked by a vampire on a dark snow filled night, only to be saved by the handsome Kaname Kura. From that point forward she is utterly infatuated with the ever youthful vamp. Her adoptive father, Kaien Cross, is the Headmaster of Cross Academy. A school which has separate day and night classes. The day students, all female, seem enthralled by the night students who unbeknownst to the day students are all vampire! Yuki and her moody adoptive brother Zero are the official caretakers of the school, ensuring that the day students don't find out about the night students dark secrets. The manga was originally published in girls manga anthologies  Lala and Shojo Monthly with a female main character and beautiful male characters who border are borderline androgynous. Just to confuse things even more there are scenes that just smack of yaoi reference.
Animated by Studio Deen, famous for Hetalia Axis Power, King of Bandit Jing and Gravitation, the art takes on a shojo style hinting towards the female intended audience. The animation is clean and crisp and alternates between shojo style and super deformed when comedic scenes arise.

Even though Vampire Knight existed well before Twilight I couldn't help but compare the two. The female lead is a young girl who is in love with a vampire but can't let her brother figure know. The brother figure secretly has feelings for his sister figure and resents her love interest. The vampires have learned to live without blood although still get urges and are immune to sunlight. There weren't any werewolves in this volume but who knows!


The story is compelling and the characters interesting. The four episodes included in volume 1 (of 3) of Vampire Knight have done a good enough job to leave me wanting seconds. There are more than enough love triangles in there to keep things interesting, at one point I'm pretty sure I even saw a love rhombus!
This series is a must watch for anime fans and anyone who enjoyed Twilight, and lets face it, that includes nearly everyone!
Vampire Knight Volume 1 and the Vampire Knight Manga are available now from Madman and most major retailers.
As a side note, completely unrelated to Vampire Knight, Eden of the East has a trailer on this disc and it looks incredible! Animated by Production I.G it looks stunning and the storyline seems mind boggling. As a bonus, Madman have the first episode online for FREE and have collected the series on DVD and BluRay. Fingers crossed I can get my grubby little mitts on a BluRay copy soon so I can review it for you.
Anime Madman Manga Shojo Twilight Vampire Vampire Knight