Today I have the honour of speaking with Mr. Patrick W. Galbraith, Ph.D. candidate in the Graduate School of Interdisciplinary Information Studies at The University of Tokyo and author of "The Otaku Encyclopedia: An Insiders Guide to the Subculture of Cool Japan" a cracking read which is a proud member of my bookshelf! This is a must have for anyone who considers themselves to be an anime or manga geek.

The GEEK: Thanks for taking the time to speak with us. When you're not guiding tours dressed up as Super Saiyan Goku, writing pop culture encyclopaedias or working towards your Ph.D what do you get up to?
PATRICK: I watch anime. A lot of it. All the time. Seriously, I have no life outside my tiny little study. I stay up all night watching anime, and only leave the house during the day to work and make money, and to use that money to buy anime DVDs and character merchandise. Case in point: Halloween. Most people, even in Tokyo, were out enjoying the evening with good friends, costumes and beer. Where was I? At home watching A Certain Magical Index and gazing at my Misaka figures. For some reason, this never gets old for me. I also read books and sometimes write, when there is a break in the anime!
What started your journey on becoming such a massive anime (Japanese Animation) fan, or, "otaku"?
Love. The kind of love that ruins a man. Though this happened before I was a man or knew the meaning of love. I was maybe five or six. A little background here. I’m from Alaska, which can be a cold, lonely place, especially for those not into the outdoors, sports or drinking. I spent a lot of time at home. My brother, a real classic geek who was into Star Wars, Star Trek, comic books, D&D and so on, was learning Japanese in high school. There was a pretty big Japanese community, actually, because the Anchorage airport used to be a stop over on the way to Europe. Anyway, he got these VHS tapes of raw anime, maybe to study or because they were cool or who knows. You know how it is with older brothers. What they do is cool. The first anime I remember watching was Nausicaa of the Valley of the Wind. It was in a language I couldn’t understand, and so different from the cartoons and Disney animated films I knew and loved, but something captivated me. Or rather I should say someone, Nausicaa, the heroine. Her voice, her eyes, her Christ-like death and rebirth. So I had developed a thing for bishōjo, or beautiful girl characters, and this got worse the more anime I watched. My brother was into stuff like Bubblegum Crisis. Right before that most awkward transitional time, middle school, my family moved to a ranch in Montana. My brother stayed in Alaska. Isolated and depressed, I basically shut myself off from people. That was when I encountered Sailor Moon. The girls were cuter, and I fell harder. I started working part time, earning money to buy videotapes to record broadcasts of the show. I saved up and got Serena, or Usagi, tattooed on me so I wouldn’t be alone. I was about 14 at the time. Not interested in school, team sports, prom… Yeah, about that time I realized I had failed at life, and I stopped caring. Best decision of my life! Been happily watching anime ever since. 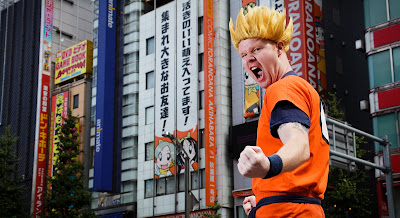 How differently is the term "otaku" viewed in Japan and abroad?
This is a can of worms, brother. With the transnational success of manga, anime and Japanese videogames, “otaku” has become common across a variety of discourses, as a sort of identity designating the consumers or users of these products. I suppose it is most efficient to trace it historically and linguistically. In Chinese characters, or kanji, otaku (お宅) is a slightly archaic way to say “you.” It literally means “your home.” This was used in Western Japan, and among some housewives, as a polite second-person pronoun meaning “you.” Some say otaku comes from here because animation studio Gainax or sci-fi author Arai Motoko used the phrase and were emulated. The word otaku appeared in anime with Studio Nue’s seminal Super Dimensional Fortress Macross in 1982, likely the vernacular of the creators slipped through and entered into the lines of the characters, and the word quickly disseminated among fans of the show. As Otsuka Eiji sees it, fans of anime and manga needed a second-person pronoun when meeting new people at conventions, one that allowed them to communicate without being too close. “Omae” was too masculine, “kimi” too direct and “anata” was used by couples. They perhaps settled on “otaku” because, according to Kotani Mari, they spent a lot of time at home with their mothers, and so emulated their speech patterns. Others might have called them otaku as an insult, punning on “home body” or someone who does not get out of the house much. In hiragana, otaku (おたく) means a subculture that appeared around anime and manga in the late 1970s and blossomed in the 1980s. This is often associated with Miyazaki Tsutomu, who murdered four girls between the ages of four and seven and was arrested in 1989. When investigators discovered almost 6,000 videotapes in his room, he became a symbol of the “otaku generation” and the center of a moral panic. Sharon Kinsella has written a lot about this. However, Osawa Masachi points out that Miyazaki did not know the meaning of the word otaku, and Otsuka Eiji questions the authenticity of the famous “otaku room” photograph widely disseminated in the media. Nevertheless, Miyazaki became the dominant otaku image in the early 1990s. It was banned by NHK and Asahi Shimbun as a pejorative term. Written in Roman letters, otaku (OTAKU) means fans of Japanese popular culture outside Japan. They appeared at science fiction and anime conventions in the United States from the late 1980s into the early 1990s, and used the word otaku openly. It appeared untranslated on the cover of the premiere issue of Wired magazine in 1993. In katakana, otaku (オタク) loses its associations with Miyazaki Tsutomu. This iteration was popularized by Okada Toshio, a founding member of anime production house Gainax. Between 1992 and 1997, he gave a series of lectures at the University of Tokyo, culminating in his Introduction to Otakuology, published in 1996. He speaks from his experience in otaku, reclaiming the term (despite admitting that he and other sci-fi fans abandoned the word otaku as early as 1982) and laying out a theory for understanding otaku as a new relation to media and technology. This was picked up by the media during the “otaku boom” (think Densha Otoko) and government (“Cool Japan” campaigns). On linguistic note, katakana is a script of Japanese used for foreign loanwords, thus otaku appears as somehow transnational. Anime and manga fans who do not want to be associated with the domestic image of otaku in Japan or the cool, international image call themselves “wotaku” (ヲタク), with a silent “w.” In the United States, some people prefer the term “anime fan” to otaku. This is an interesting reversal. Even as the word was negative in Japan in the 1990s, it was positive in the United States, and in the 2000s it is becoming somewhat positive in Japan and somewhat negative in the United States. Basically, the word is really up for grabs right now. It means only as much as we mean it to.
In many western countries Japanese animation is often considered perverse or ultra violent. This seems to stem from titles such as Urotsukidoji and Wicked City. How is the medium viewed in its homeland? 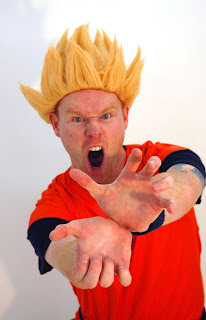