The good folks at Marvel have sent us a preview of Avengers Academy #7 featuring the return of Giant-Man.So how will the man giant fit in with Ant-Man and The Wasp still kicking cans around?


OFFICIAL PRESS RELEASE:
Marvel is pleased to present your first look at Avengers Academy #7, from the critically acclaimed creative team of Christos Gage and Mike McKone! Giant-Man returns! Hank Pym’s road to redemption has been a long one, but one of the founding Avengers is ready to take on the big threats alongside his students as Giant-Man!
Look what critics are saying about Avengers Academy!
"A title that keeps growing on me…An interesting and multifaceted read." –Blair Butler, G4
“This has been a remarkably successful launch of a new series, and I'm jazzed to keep reading.” – Greg McElhatton, ComicBookResources.com
“Gage has done a fantastic job thus far.” – Kevin Fuller, IGN.com
“With this simple yet elegant twist…it’s nice to see that teenage angst isn’t just for mutants anymore.” – Aint It Cool News
When an enemy who can grow just as tall as Pym comes along, will the Avenger have what it takes to defeat him? Find out inAvengers Academy #7!
AVENGERS ACADEMY #7 (OCT100574)
AVENGERS ACADEMY #7 MCGUINNESS VARIANT (OCT100575)
AVENGERS ACADEMY #7 TRON VARIANT (OCT100576)
Written by CHRISTOS GAGE
Pencils & Cover by MIKE McKONE
Variant Cover by ED McGUINNESS
Tron Variant by BRANDON PETERSON
Rated A …$2.99
FOC – 11/19/10, On-Sale – 12/15/10 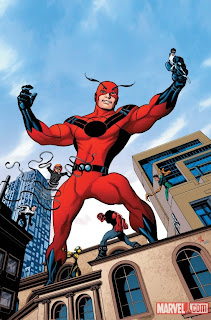 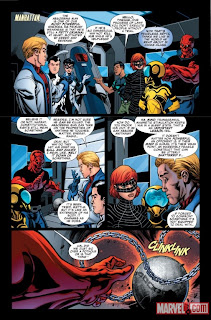 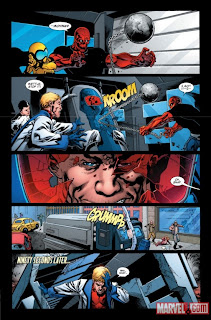 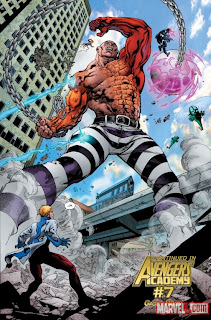 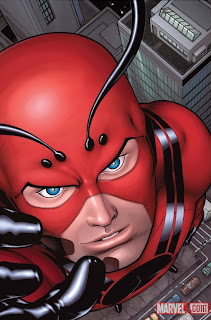