It will come as no surprise that I am a massive fan of Paul Tobin, his all ages work has been a staple read for me over the last year or so. Needless to say, I'm very excited to get my hands on the upcoming Spider-Girl #1 this month. Lucky for us the good folks have supplied us a preview of issue #2 featuring the Fantastic Four (yep, FOUR!) and Rulk.

Official Press Release:
"Marvel is pleased to present your first look at Spider-Girl #2, from the fan favorite creative team of Paul Tobin and Clayton Henry!  Spider-Girl’s officially hit the Big Time …and she’s already made the top of the Red Hulk’s hit list! Can an average – albeit empowered – New York teenager put down one of the Marvel Universe’s biggest powerhouses?  Or will her reinforcements, the Fantastic Four, make it in time to save the day? Anya Corazon gets a crash course in the high cost of heroism in Spider-Girl #2, on sale this December!"
SPIDER-GIRL #2 (OCT100569)
Written by PAUL TOBIN
Penciled by CLAYTON HENRY
Cover by JELENA KEVIC-DJURDJEVIC
Rated A …$2.99
FOC – 11/23/10, On-Sale – 12/15/10 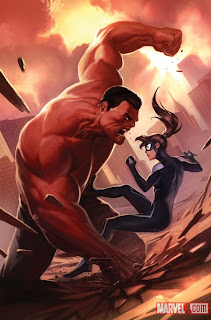 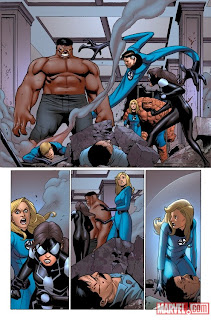 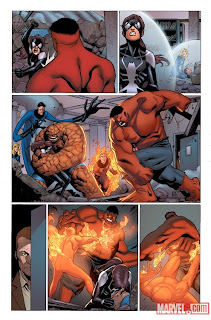