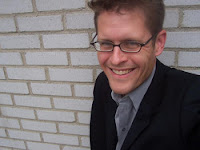 Today I have the pleasure of speaking with Mr Daniel Wallace. Author of The DC Encyclopaedia, The Marvel Encyclopaedia, The Complete Star Wars Encyclopaedia and most recently the very impressive tome The Jedi Path: A Manual for Students of the Force.
Ryan: Well first of, thanks so much for taking the time to have a chat. With the amount of work that you currently have in stores it's quite a surprise that you have any free time at all!
Dan: There's 24 hours in the day if you don't sleep, which is more than enough time. I am trying to find a way to eliminate sleep once and for all! 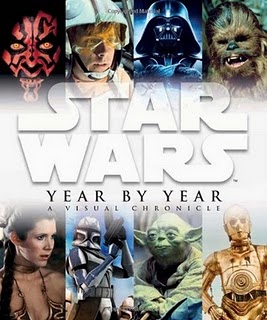 The vast majority of you work has been in the Star Wars universe and obviously you're a huge Star Wars fan. What is your first Star Wars memory?
I'm old-school enough to remember seeing the original Star Wars film in theaters and experiencing the cultural fireworks firsthand. It was even more impactful to see the film as a young kid without any other context, not knowing anything about this strange new creation. The phenomenon was being written in front of our eyes. I had a friend in college who, when he was a kid, was convinced that the stormtroopers were robots because he thought the indentation in the center of their backs said "OIL."
I understand that you have a background which is leagues apart from being the New York Times best selling author that you are now. How did you get to where you are now?
I also work in advertising and new media in addition to writing. So I could easily have never gone down this path but for a series of lucky coincidences in the mid-1990s. When the internet was becoming more mainstream I was able to touch base with people including Star Wars author Kevin J. Anderson and Lucasfilm's Steve Sansweet, who forwarded a fan project of mine called the Star Wars Planets Guide to Lucasfilm Publishing. As it happens they were planning a book called The Essential Guide to Planets and Moons. I had to jump through some hoops to get hired, but I did get hired and I wouldn't have had the opportunity if the stars weren't all in the right alignments.
What advice do you have for budding writers?
To keep writing. Start a blog if you can, and don't stress out if the traffic to the blog isn't what you hope. You'll still be able to practice writing about subjects that interest you, and to write on a schedule. And your blog will serve as a sort of digital resume for people who search for you and want to see what you're all about. From all reports, and the pictures we've been supplied with, Jedi Path is a must have for any Star Wars tragic (such as myself). Where did the idea come from?
The germ of the idea came from book producer becker&mayer and Lucasfilm. The thing that makes The Jedi Path different from other Star Wars books like The Essential Guide to Jedi and the Force is that this is an artifact. It's supposed to be a genuine used textbook from the Star Wars galaxy. It has scribbles from its previous owners in the pages, and souvenirs from those previous owners tucked into the pages. So it's not just a book, it's also a box of souvenirs.
You've contributed a massive amount to Star Wars: Insider Star Wars: Insider and Star Wars Gamer magazines but you're also a comic book fan. What's in your buy pile at the moment?
Due to deadlines, I've gotten lax on the weekly visit to the comic book shop every Wednesday. I tend to get caught up after the fact by getting a bunch of issues at once or by buying trade paperback collections. But I'm really enjoying Green Lantern, Action Comics, and Gail Simone's Secret Six. 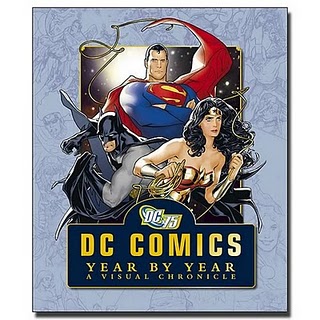 A couple of comic book smack down questions for you. Who would win in a fight between:
Sentry (if he were still alive) and Superman?
Well, to be fair Sentry is really just a Superman analogue. So it wouldn't be sporting to allow for any outcome other than Superman wiping the floor with Sentry. I always thought Sentry worked better as a Silver Age/Bronze Age Marvel homage to the kind of characters most commonly associated with DC. When they made him an honest-to-god character I think they lost the plot a little.
Spider-Man and Batman?
This is tough because I really like Spider-Man. But c'mon, Batman can beat ANYBODY. If you're Superman he has a Kryptonite ring; if you're the Martian Manhunter he has a Zippo lighter. I don't think Batman would have a problem with Peter Parker, spider sense or no.
Howard the Duck and Batmite?
I think Batmite has been retconned as a fifth-dimensional sprite, so he's got godlike reality-warping powers right out of the gate. But I'm going to go for the underdog and pick Marvel this time. If thirty years of cigar smoking hasn't killed Howard the Duck, then Batmite isn't going to either.
What is your next project?
I'm still finishing up a couple of Star Wars projects and am hoping for a DC project to materialize. Stay tuned. Of course, something I'd really like to do is a follow-up to The Jedi Path so I hope the holiday sales remain strong.
And finally, a controversial question, in your heart... who shot first?
Controversial? Au contraire! Everyone knows that Han shot first. No self-respecting scoundrel would let a rookie like Greedo get the drop on him. The editing of the original scene -- "...I'll bet you have" BLAM THUMP -- is perfect and comedic. The editing of the revised scene is confusing, overlong, and unfunny.
Damn straight he did! It's not so much controversial, I just fear that a Lucas hit squad is on it's was to your house now!
Thanks so much to Mr Wallace for having a chat to me. Any of these books would be an ideal gift for the special geek in your life. All books are available online at Amazon or through most good retailers.
Want more Wallace? Check out his blog and follow his antics on Twitter.
Daniel Wallace dc Interviews Jedi Jedi Path marvel Star Wars