Summer Wars is the multiple award winning 2009 film from writer Sato Okudera and director Mamoru Hosoda, the incredible team behind The Girl Who Leapt Through Time. This film tells the story of Kenji, your stereotypical anime nerd. He's great with computers, a genius at school but a complete dullard when it comes to girls. Kenji works part time as a low level administrator in Oz, a world-wide social media phenomenon that has connections to everything from mums and pops to the military. At the start of summer he is approached by Natsuki, an outspoken and beautiful schoolmate who proposes something utterly incredible and terrifying. She wants him spend the summer with for family from Ueda all the while pretending to be her fiancee!

Summer Wars has won an incredible amount of awards including, but not limited to, Best Animated Film at the Japanese Academy Prize, Fantasia Film Festival and the Stiges International Film Festival of Catalonia and it's not surprising in the slightest. Personally, I am going to struggle to find anything negative to say about this film. 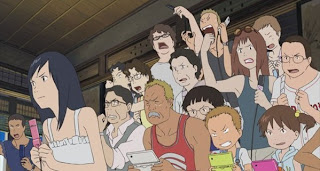 The story can be slightly confusing at times but I couldn't help but think "I don't know what just happened... but I love it". Kenji solves a mysterious algorithm which unleashes a malicious AI called "Love Machine" into Oz. The AI begins to take control of every user in Oz, including the military. At its heart the story emphasizes the importance of family and disconnecting. When the proverbial hits the fan it is only Grand Ma who can save the day by connecting to her own social network. She calls her contacts, ministers, politicians, family and friends, all with the use of her old fashioned rotary phone. She uses these real life contacts to spread the word, amassing an army to defeat Love Machine on his own turf. The emphasis on family and Japanese cultural values appear to be the heart of the film and it really feels as though we are taught a life lesson without being preached at. 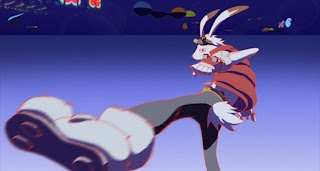 The animation is incredible. I wouldn't expect anything less from Madhouse but even so it is a mind boggling beautiful film. The real world is subtle and breath taking, landscape designs are accurate and transport you to Ueda in an instant. The design of Natsuki's old homestead is a highlight as it is the base of operation for the majority of the film. The world of Oz is everything that a social media site should be, an incredibly colourful melange of cartoonish avatars that can either co-exist or do battle in what appears to be a Takashi Murakami inspired world. With Yoshiyuki Sadamoto (FLCL, The Wings of Honneamise, The Girl Who Leapt Through Time) on character design duty it's no surprise that the characters are unique, compelling and memorable. After all, this guy is one of the founders of Gainax! 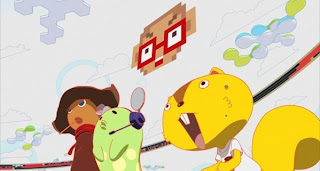 Madman's handling of Funimation's Blu Ray transfer is stunning. Madman have continued to impress me with every one of their Blu Ray releases and Summer Wars is no different. It is wonderfully crisp and incredibly vibrant. The soundtrack is presented in glorious 5.1 Japanese or English dub. There are a nice amount of special feature included such as an interview with Hosoda-san and cast members, teasers, promos and a limited edition slipcase which is available with the first press only, so get em' while they're hot! 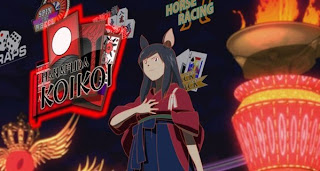 I watched this film at home with three of my best friends, all of which are Japanese. Not only were they excited to watch one of the biggest and most popular Japanese films of the last 5 years, but they were chomping at the bit to be transported to the countryside of their home country. Little things such as the material on the seats in the Shinkansen added so much realism that it was impossible not to become engrossed in the world of Summer Wars. The Girl Who Leapt Through Time was an incredible film, easily one of the best anime films that I have ever seen, that being said, Summer Wars is even better. I would go as far as to say that this is an instant classic. A film that will be referred to in years to come as a modern day masterpiece and commentary on our moment in history. Hosoda and Okudera could easily take the torch from Miyazaki-sensei. It is filled with a massive amount of original and lovable characters, it delivers a story that is relateable and it makes love to your eyes. There was literally nothing in this film that I didn't like making it a must see, and must own, for any self respecting anime fan.
Summer Wars is available now from Madman on Blu Ray and DVD.
Anime Blu Ray Madhouse Madman Mamoru Hosoda Okudera Reviews Summer Wars Yoshiyuki Sadamoto