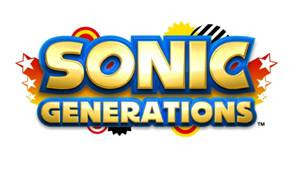 Everyone's favourite blue speedster is back... is back...

That's right! Sonic is getting the old Kirk/Picard treatment in Sonic Generations, a new game from Sega.

Modern Sonic meets up with his 1991 side-scrolling self in a full HD adventure to save his/their friends from a diabolical and insidious plot from a mysterious new power!

There hasn't been any confirmed release date but Sega have announced that Sonic Generations will be available on PS3 and Xbox 360 later this year. I am personally very excited for this one. I've always been a massive fan of Sonic, during the Sega/Nintendo wars I was a Sonic proponent through and through so I'm very keen to be back in his pointy red shoes and what better time than during his 20th birthday?!?


Due to issues with attaching my own video, I have had to use the one above from IGN.com
gaming PS3 Sega Sonic Sonic the Hedgehog Trailers Xbox