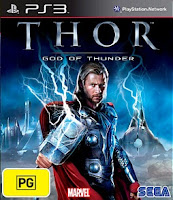 In Thor: God of Thunder, Thor battles through the numerous worlds of Norse mythology to save Asgard, the capital city of the Norse Gods.

Thor must overcome monstrous foes lifted from the pages of the comics including Ulik, Ymir, and Surtur, as well as other monstrous denizens. Players will wield the iconic Mjölnir, Thor's legendary hammer, to fight enemies on an immense scale while controlling the elemental storm powers of lightning, thunder, and wind to vanquish enemies. As Thor earns Valor points through his exploits, players can acquire new abilities, powers, and weapon upgrades.


In the wake of the Kenneth Branagh directed feature film, Sega bring us Thor: God of Thunder. A third person action/adventure game based in the universe established in, and loosely based on, the events of the film. Characters are modelled on and for the most part voiced by their silver screen counterparts. 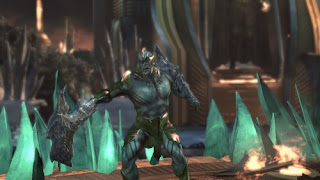 Throughout the story you play as Thor, smashing and bashing your way through the nine realms, starting in Jottunheim. The story is written by current Thor comics scribe, Matt Fraction, and is arguably the most compelling part of the game overall. It did however leave me confused at times whether the story was based in the "out-of-continuity" comics world or purely ran parallel to the movie. It had the same look and feel as the movie so I'm guessing it would be the latter. That being said, the storyline of T:GOT didn't exactly line up with the film either. Confusion aside, the story was compelling and gave plenty of opportunities for massively epic battles. Unfortunately, it did lack the heart and soul of the film. 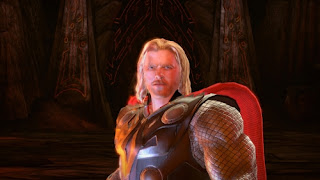 Developer Liquid Entertainment are best known for their work in the fantasy genre so it's no surprise that they do a more than passable job of the graphics. A few minor issues were noticeable such as screen tearing and issues with dynamic animation of capes and hair protruding through clothing and weaponry. But on the whole they managed to capture the scale of Asgard and Jottunhiem and the renderings of the frost giants in particular was great. The character animations of Thor and Loki had a very good likeness to the actors but Lady Sif missed the mark completely. At times the main characters fell into Masahiro Mori's "uncanny valley". If you are going to imitate the appearance of a real-life person, it needs to be perfect. 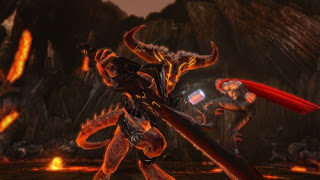 The gameplay was somewhat repetitive yet still enjoyable. Engaging in massive battles against Frost Giants that are over 20 feet tall is some good ol' Asgardian fun. Get their energy levels low enough and you get the opportunity to grapple with them in a mini game style where you choose the attack in order to generate health runes, Odinforce runes or Valor Points. There will be no shortage of enemies throughout your adventure that's for sure. Attack styles available are varied and completely upgradable thanks to the accumulation of "Valor Points". The attacks available are simple yet effective and certainly suitable for younger players.
The only things that left me wanting with T:GOT were realistically not necessary. I would have loved to have opportunities to free roam around the nine realms, especially Asgard. Being able to immerse yourself in the surroundings of the Gods would have been the cherry on top.
At the end of the day, Thor: God of Thunder delivers what would be expected of a action/adventure game based upon a comic book film. It's a good fun smash em' and bash em' that would be suitable for all ages. The game reviewed is available of PS3 and XBox 360. But it should be known that the NDS, Wii and PSP versions are entirely different games.
Thor: God of Thunder is available in Australia from the 28th of April 2011. 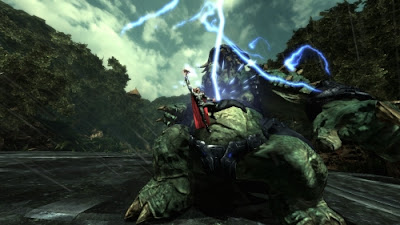