- July 12, 2011
While I was at Supanova Pop Culture Expo a few weeks ago I had the pleasure of speaking with Tiffany Grant! Best known for her portrayal of Asuka in the Evangelion franchise she has also racked up an astonishing career of voice over work.

I specifically need to thank the good people at Supanova for organising my chat with Ms Grant, the always obliging and wonderful people at Madman and of course Tiffany Grant herself.

Ryan: First of all, thank you for taking the time to speak with me!

Tiffany: It's nice finally meeting you!

Somehow I think I should be the one saying that! Now, you've been Asuka for an incredible length of time now...

Years, a number of years.

Exactly, and I think it's safe to say that she's the character that you are best known for portraying.

Absolutely, without a doubt.

So, did you think all those years ago, when you first got the job...

At this point, actor/kick arse Karate master Richard Norton walked past with a wry smile and said "why wasn't I invited?"

Wow! What a dapper gentleman!

(Laughs) He certainly is! 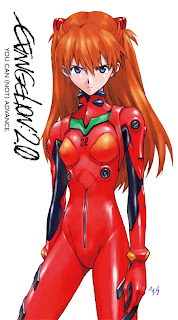 Now, post "Platinum Edition" of Neon Genesis Evangelion, did you ever think that you would be playing Asuka again?

Asuka doesn't make an appearance in Evangelion 1.11 but she certainly makes an entrance in 2.22. It appears to me that Asuka has markedly changed between the series and the "rebuild" movies.


She's a little bit nicer I guess, I mean she's still bold and brash but a little bit softer around the edges I think. You know, it's hard to say because we don't have any idea what direction this new story is going so we're really going into all new territory. Of course, this Asuka is based on the "old" Asuka but its very weird for me having lived with the "old" Asuka for so long. It makes those subtle differences, and not so subtle, differences quite challenging.


How difficult is it for you as a voice actor to flesh out a character when you don't know what direction you're heading in, let alone the end game?

Well you don't know, that's exactly right! That's the thing about it. It's not like doing a play or a film where you can read the script and instantly know where its going. That is a kind of exciting aspect, working on these films without knowing the outcome. 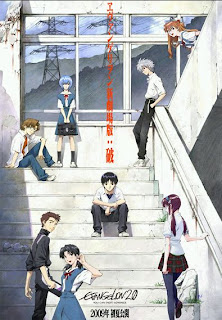 This question sounds a little weird but what is your personal relationship with Asuka?

There is always a debate with anime, sub vs dub, which is ludicrous in itself but what many people may not realise is that the dubbing process is an art unto itself! It's impossible to give a direct translation so the re-scripting of a series is no easy feat!

Uh-huh, absolutely. You know what? That whole debate that existed when I first got into this industry has mostly died off. Or at least it doesn't exist like it used to especially with the advent of DVD and dual language tracks. It used to be such a big battle because on a video tape you would spend like thirty dollars on one that was either subtitled or dubbed. Whereas now, you know...


There's nothing left to complain about!


Right, you can have it both ways. Generally its easy for me to listen to ca show in my native language which is how they are intended to be watched. But still, its not an affront to to anyone whichever way you watch it.

Right! So, what are you working on at the moment?


I'm not currently doing anything at the moment but there are a couple of projects that I've worked on that haven't been announced yet so I can't talk about that! But I've done some other things that have just come out, Evangelion 2 of course, Tears to Tiara and Blue Drop. I also did some work on Clannad but you'd really have to listen to find me in that one!

As an Australian consumer its not quite as noticeable but do you think that the anime industry in the States has been in decline as of late?

It has! I don't think it has. It has. There are only about a third of productions coming out now as previously.


What is it about Australia that brings you back so much?

Well, I only know of two countries in the world where Neon Genesis Evangelion was shown on regular television and those are Australia and Japan. So I think that Evangelion was the first anime that a lot of Australian fans saw. That can't be said in any other place apart from Australia so I think that there is a feeling that I get in Australia that I don't get anywhere else. There is that feeling and appreciation that people get for their first series that, you know, got them into it.

Do you think Evangelion has shaped the anime industry, as a whole, in the Western world?


Evangelion made a huge impact, but how exactly it has made an impact? It just has such a different feel with all of those existential themes. The fact that there are new movies and new manga being produced... it just keeps people engaged. If you tried to do this on purpose, I really don't think it could be done.

Sure, I would say so.

Thank you again to Ms Grant who took time out of her extremely busy schedule to speak with lil ol' me and don't forget that the original Neon Genesis Evangelion series, Evangelion 1.11, Evangelion 2.22 and NGE manga are all available from MADMAN!!! 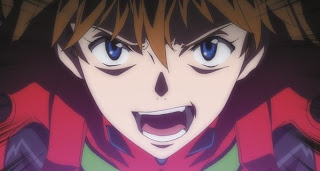