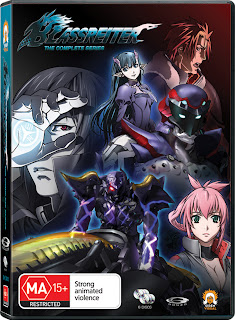 I was prepared to dislike Blassreiter, the 2008 release from famed studio GONZO. Previously I've been uncomfortable with their use of 3D even though their stories are always great fun. Thankfully Blassreiter surprised me in more ways than one, supplying a rich and deep story which was a feast for the eyes.
"Somewhere in Germany in the not-too-distant future all hell is breaking loose...

Giant, biomechanical creatures of origins unknown are terrorizing the city. Labelled as Demoniacs, the creatures appear rabid and unpredictable, killing and maiming anything in their path. The town’s citizens are terrified, the media demands answers.

In response the government employs a special–forces team to investigate. Known as the Xenogenesis Assault Team (XAT), its members quickly realize the creature is capable of infecting anyone it comes in contact with; no one is safe.

Directed by Ichiro Itano (Fist of the North Star), Blassreiter follows the rise and rise of a maniacal force bent on the destruction of the human race, and the outsiders whose sole purpose is to stop them!"


The first this that struck me about Blassreiter was the opening theme, "Nonsense Afterimage" by GRANRODEO. It gives you an initial glimpse into the gritty, industrial, yet thoroughly Japanese series to come. Although set in an alternate Germany, Blassreiter has a distinctly Japanese feel. 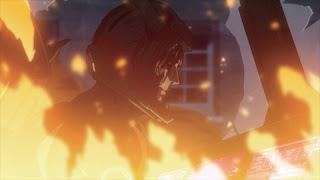 The 3D sequences are nowhere near as jarring as in series such as Dragonaut although still stand out when compared to the 2D backgrounds and main characters. The 3D is mainly used to animate action sequences or the Demoniacs, so although they stand out, the brisk pace of these scenes helps to counter-balance. These fight scenes are great for so many reasons. Not only are they very well animated and set to a cracking pace, but they manage to breath new life into a commonly cliched "good monster battles bad monster" scenario. The use of 3D animation also allows for some crazy camera movement, reminiscent of the "burly man" brawl in The Matrix films which in turn allows the Demoniacs to move much more fluidly and feel all the more dangerous. 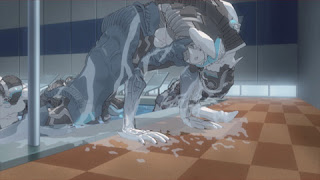 One major flaw that I feel left the first half of the series dragging was the thick layer of angst spread across one of the main characters, Malek, and his problems with school yard bullies. that said, these bullies were brutal and reminded me of some of the arseholes I had to deal with in high school. This made the story feel darker, not in the sense of tone but mood. It sometimes held the story back from being a balls to the wall action series. That said, it also added a sense of humanity to what could have otherwise been an all out beat em up. It also helped to ground it in reality and felt as though the same problems occur in German monster land as do here in Sydney Australia. 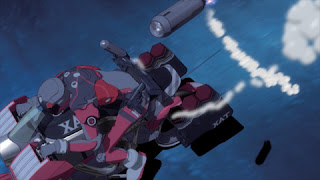 I am a fan of motorcycles so it is no surprise that I loved the designs that were put together for the XAT's bikes. These designs were made EVEN BETTER when the Demoniacs merged with them and transformed into something reminiscent of  Todd McFarlane's "Spawn: Nitro Riders" range of figures from 2000. The monster creations were also great. They looked menacing, dangerous, mean and downright cool. 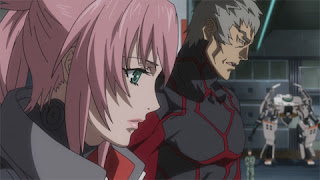 Blassreiter is one of those series that you can watch and think "cool, explosions" or you can really sit down and soak up the surprisingly deep storyline about religion, second chances and what it actually means to affect someone else's life. It manages to be a distinctly adult series without resorting to low brow fan service, sex or gratuitous violence. Blassreiter has completely renewed my faith in Studio GONZO.
The complete boxset of Blassreiter is available on DVD from Siren Visual now!
Anime Blassreiter Gonzo GRANRODEO Reviews Siren Siren Visual Studio Gonzo