Siren Visual's release of Angel Beats! (エンジェルビーツ!) on DVD hits shelves today. Apparently, a few lucky preorder customers have received their copies already.
Its insanely difficult to place Angel Beats! into just one category. Probably the best way to explain it is to say that if The Melancholy of Haruhi Suzumiya and K-On! had a baby, Angel Beats would be it. There's mystery, comedy, music and action galore.
"Otonashi Yuzuru has one memory: he died.

He's stuck in a high school of the afterlife, his own surreal purgatory with two choices: give up his connection to life and submit to his fate… or fight against God! If he chooses the latter option, the Shinda Sekai Sensen (SSS) is here to help - they're here to see that your untimely death is avenged.

One problem though: Angel, the president of the school council.

Throw in an all-girl rock band called Girl's Dead Monster, buckets of blacker than black comedy, more weapons than you can handle and you're only half-way to heaven…but you've still gotta get through hell!

Directed by Seiji Kishi (My Bride is a Mermaid, Ragnarok: The Animation ) and written by Jen Maeda (CLANNAD, Air, Kanon) and with animation handled by P.A. Works (CANAAN, Fullmetal Alchemist), Angel Beats! is fast paced action with a supernatural edge." 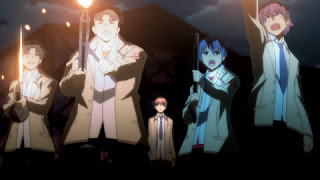 The comparison to Haruhi is probably most apt as, at its core, Angel Beats! is a supernatural mystery. So much so that at times it is utterly confusing. But then again, all great mysteries lean that way at times. This isn't helped by the gigantic cast. At times it's actually very hard to tell who the main characters are, except of course for the Michael Jackson dancing guy. For this reason, I think Angel Beats! would have benefited from extra episodes or just a longer series, 13 episodes just isn't enough. The characters that we are introduced to are all extremely unique and its such a bit of a pity that we don't get to know them all that well. That said, pretty much every character is distinguishable from one another and interesting to boot. 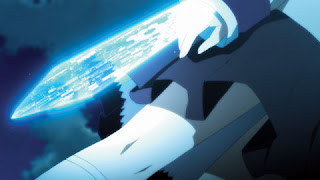 The animation is nothing short of stunning. P.A Works (Canaan, True Tears) and Aniplex (Durarara!!, Baccano!) give us something that is really quite eye popping. Apparently P.A Works were tasked with the main job and Aniplex acted in assistance and as producers. What this actually means, I have no idea. But I digress... the animation is really impressive. All of the backgrounds are stunning and the use of luminosity is very notable. The sun bleeds into shadows and gives contrast to some very realistic landscapes. The action scenes are also well orchestrated if not uninspired. This isn't necessarily a complaint, after all, Angel Beats! isn't a battle series. 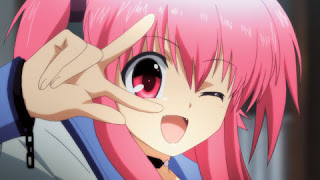 Speaking of the animation, school hall concert scenes are AWESOME! The characters come to life and perform some fantastic songs in a fantastic setting with the characters are synched perfectly to their instruments. The soundtrack itself was incredibly successful in Japan. It wound up at #3 on the sales chart in its first week of release. From listening to a few songs its easy to see why. All songs are composed by Jun Maeda with the opening ("My Soul/Your Beats!" by Lia) and the closing ("Brave Song" by Aoi Tada)  being released in special edition CD/DVD packs. The numerous in-series episodes were also composed by Maeda and performed by Marina and LiSA and sold under the band name Girls Dead Monster. These songs are great and make me wish that someone, ANYONE would release anime soundtracks here in Australia. 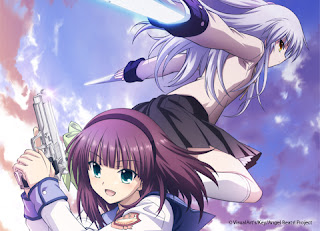 Siren Visual's release is very impressive both in visuals and audio. Very few compression artifacts can be seen throughout, so if you don't want to wait for the blu ray edition you can rest at ease knowing that the DVD copy ain't none too shabby. The audio is thankfully spectacular and presented in glorious 5.1. I say that I'm thankful that the audio is good because the audio and more specifically, the musical numbers, are a highlight. Although a little light on extras, Angel Beats! on DVD has the obligatory trailer package (which has reminded me that I still need to get House of Five Leaves and Clannad).
Angel Beats! is available on DVD from Siren Visual now. If you'd prefer to wait for Blu Ray, you can preorder now and have it sent out to you on release in November.
Angel Beats Anime Aniplex DVD Madman Reviews Siren Siren Visual