Reviewing The Guild is pretty much pointless. It is the kind of series that has a cult following of people who have been with it from the beginning, gamers in their own right who are well versed in the MMORPG realm. But, just in case there are still a few stragglers who have yet to cotton here is my gift to you.

"After unexpectedly meeting Fawkes for a post-match drink (and sleeping with him), Codex begins Season Four contemplating whether or not she should tell the Guild about what happened. Meanwhile, Vork makes the decision that the Knights of Good should obtain their own Guild Hall, a newly-implemented (and costly) feature that came with the expansion released at the start of Season Three. Initially, the fact that the type of Hall they want - called the "Deluxe Castle" - would require them to raise half a million gold puts the Guild off the idea but, when Codex offhandedly mentions that their rivals, the Axis of Anarchy, are planning to get their own, the Guild's collective opinion quickly swings in favour of the venture."
The Guild is a web-series that tells the story of a misfit group of neo-D&D geeks. World of Warcraft was a revelation which completely changed the massive multiplayer online role playing game scene and is the unofficial basis for The Guild. Series creator, writer and actress Felicia Day has created a phenomena that speaks the language of geek, a language which is entirely unknown to outsiders and sports its own sense of humour. This is without a doubt the strength of the entire series, its humour is the perfect pitch for our particular counter-culture. 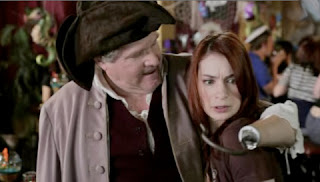 All roles are reprised as per previous seasons with Day at the helm and a few shining lights along the way. Jeff Lewis returns as the delightfully awkward Vork, without a doubt my favourite character in the entire series. Also back is fan favourite Wil Wheaton as the maniacal Fawkes, leader of the Axis of Anarchy. Wheaton again embraces his dark-side, even after his rendezvous with Codex (Day) at the end of season 3. Wheaton is guaranteed to draw a crowd, regardless of the role. This has recently been highlighted by his recurring role in The Big Bang Theory. Wheaton is to The Big Bang Theory as Q is to TNG (if you didn't get the reference even an explanation wouldn't help). On the topic of The Big Bang Theory, Simon Helberg (Howard Wolowitz) makes a special cameo appearance in the season finale, keep your eyes peeled. 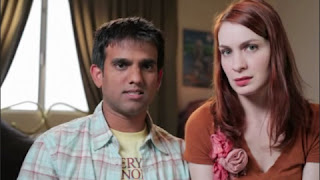 In comparison to seasons 1-3, the production values and performances have neither improved or declined with the exception of film quality. The picture is slightly more crisp than previous seasons although still nothing incredible. That said, there is absolutely no reason for it to be in HD because it would neither add or detract from the series as a whole. Added to the disc is a gag reel, .pdf file of the script and the music video to "Game On!" among others.
The Guild is a series that speaks directly to gamers and geeks alike. It is the kind of series the "we" can embrace and feel confident that the gags are not directed at us but with us, highlighting the ever-present quirks that we have seen so many times before or even exhibit ourselves.
The Guild Season Four is available on DVD now from Siren Visual.
DVD Felicia Day Howard Wolowitz Simon Helberg Siren Siren Visual The Big Bang Theory The Guild Wil Wheaton