I'll apologise in advance if this review reads slightly disjointed. I went into reviewing Darker than Black (Season 2) - Gemini of the Meteor (流星の双子 - ジェミニ) without ever having watched the first season, a greater mistake than I initially anticipated. To say that I started off entirely befuddled in the world of DTB is an understatement of monumental proportions.

"Two years have passed since Hei and Yin escaped the Syndicate after the events of the first season. Making their way to Russia, Hei encounters a young girl named Suou Pavlichenko, whose family is gradually pulled into the war between contractors and various intelligence factions. Meanwhile, Misaki Kirihara has quit her position in Foreign Affairs to begin her own investigations into Hei, the Contractors and the Syndicate."

The product of anime studio Bones (RahXephon, Eureka Seven, Fullmetal Alchemist), Darker Than Black - Gemini of the Meteor started its life amid controversy. In July 2008 a document was leaked on a Japanese file sharing website outlined plans for the second series of Darker than Black and also personal details about Studio Bones staff. Out of this came the confirmation that there would be a second season of the series that had left so many people wanting more. The main complaint that can be found about the first season is that it left too many unanswered questions and no real resolution. Thankfully there is a resolution to this series although still not an entirely conclusive one, leaving me to wonder whether there will be even more added to the franchise. 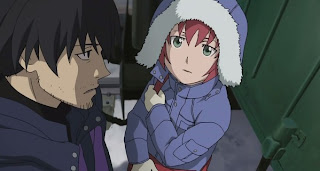 Darker than Black, unlike many of today's anime series, isn't a light novel or manga adaptation. This in itself makes the world of "Gates" and "Contractors" so much more immersive. I often feel that adaptations are forced to cut pieces of information that potentially detract from the richness of the source material. DTB however, manages to maintain this as it has no limitations and was purposefully written in episode length chunks. Director Tensai Okamura is an old hand in the anime industry but has really only directed a small number of titles, including the original series, but in no way is he an amateur. He manages to create a wonderful balance of mystery, intrigue, humour and some of the best action sequences I've seen in a long time. 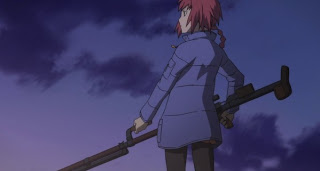 As you would expect from a Studio Bones series, Darker than Black - Gemini of the Meteor is gorgeous and the character designs original. The overall palette is pitch perfect, adding to the intrigue and giving an otherworldly feel to a land that is actually very recognisable. Bones are certainly one of the more accomplished studios out there and what they bring to the table is undeniable. Probably most notable for me was the fluidity that they inject into every action sequence. They just nail each and every cell. 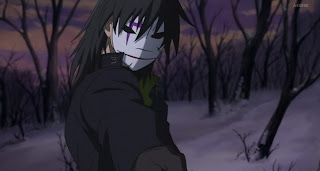 Yoko Kanno returns to compose the soundtrack which is just as wonderful as the rest of her work. It may not be quite as recognisable as her work on the Cowboy Bebop or Ghost in the Shell: Stand Alone Complex soundtracks but is most certainly up there. She is so accomplished a composer that I would almost buy a series just because her name is attached.
I feel as though I've missed way too much by not watching the first series before watching this one, a problem that I will need to rectify as soon as possible before settling in for a re-watch. Thankfully this pack includes a handful of OVA's that bridge the gap between season one and two, helping just a tiny bit to allay my utter confusion.
Darker than Black - Gemini of the Meteor is available on DVD and Blu Ray now from Madman while the first series is available on DVD only.
Anime Darker than Black Darker than Black Season 2 Madman Review Reviews Studio Bones Yoko Kanno