The battle begins in March with our first look at Marvel's latest event, Avengers VS X-Men. Who will reign supreme? Who will be left licking their wounds? X-Men may be a scrappy bunch but I've got my money on The Avengers.
Check out the official press release and some beautiful art by Frank Cho and the return of the Scarlet Witch.

OFFICIAL PRESS RELEASE:
This March, fans worldwide cannot miss the essential opener to the biggest pop culture comic event of the year as Marvel is pleased to present your first look at Avengers VS. X-Men #0! Just before the Avengers and the X-Men go head to head, superstar creators Brian Michael Bendis, Jason Aaron & Frank Cho set up the crucial roles of the Scarlet Witch and Hope Summers before their allegiances come into question. With all eyes on Wanda and the Mutant Messiah, the Marvel Universe has become a powder keg on the verge of exploding! No fan can miss Avengers VS. X-Men #0, in stores and the Marvel Comics app this March!
You’ve heard It’s Coming—and this April The War Is Here in Avengers VS X-Men! All your favorite super heroes enter—and only one team will emerge victorious!
Which team will reign supreme? Join the conversation on Twitter with #AvX!
For more on Avengers VS X-Men, please visit http://avx.marvel.com
AVENGERS VS. X-MEN #0 (JAN120622)
Written by BRIAN MICHAEL BENDIS & JASON AARON
Art & Cover by FRANK CHO
FOC – 3/5/12, ON SALE – 3/28/12
AVENGERS VS. X-MEN #1 (JAN120625)
Written by BRIAN MICHAEL BENDIS, JASON AARON, MATT FRACTION, JONATHAN HICKMAN, ED BRUBAKER
Art by JOHN ROMITA JR.
Cover by JIM CHEUNG
FOC – 2/27/12, ON SALE – 4/3/12 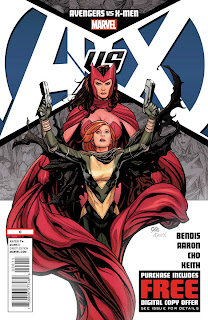 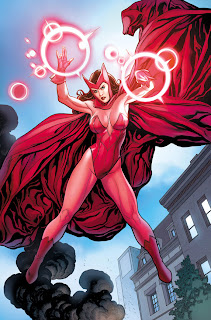 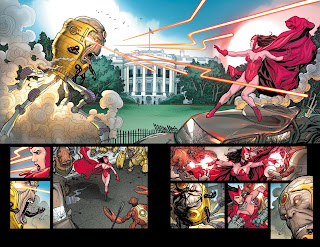