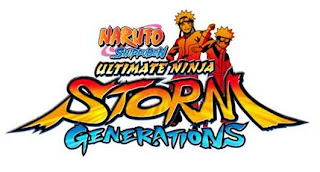 *GASP* What a mouthful! You almost need to have ninja skills just to get the title out in one breath. Anyhoo, Namco Bandai Australia have announced that NS:UNSG has entered the manufacturing phase in preparation for its March 29 release but if you want a taste of what's to come you can download the demo now from Xbox Live or the Playstation Network.
Otherwise, check out the latest press release and a couple of anime cut scene trailers after the jump!
PRESS RELEASE: