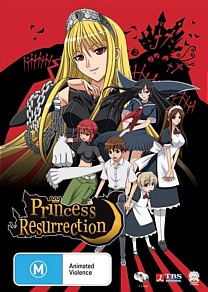 "Orphaned at a young age, Hiro Hiyorimi's young life is cut short when he is killed in a freak accident.

Luckily for him his sister recently accepted a job as caretaker for Hime - a member of the royal family...who has inherited the Monster Kingdom and rules over her dynasty with a chainsaw!

Granted a second chance at life, Hiro is eternally grateful (if somewhat confused). Immortality has a price: regular infusions of Hime's blood and servitude to the Monster Princess.

Directed by Masayuki Sakoi (Needless, Spice and Wolf), Princess Resurrection is a supernatural mystery/comedy with werewolves, beautiful vampires, grotesque flesh-eating Cthulhu-esque monsters and a whole lot of battles with the undead of the Monster Kingdom!"

Based upon the manga series by Yasunori Mitsunaga, Princess Resurrection is a rather hit and miss affair but one thing struck me early on which set my mind at ease. This isn't just another harem series with a supernatural twist. Instead, director Masayuki Sakoi (Needless) where whiney little Hiro is of very little interest to the leading ladies at all. This in itself adds to the overall story in allowing for the characters to develop naturally and not only in terms of romantic interest. That said, the least amount of character development was had by Hime, the character with the most interesting story to tell. Any fan of horror, particularly Lovecraftian and the classic Universal movie monsters, will be pleased to see such a large cast of supernatural ghastly ghouls grace the screen although in the guise of anime guys and gals. 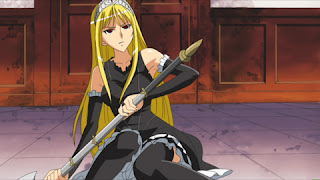 The animation quality is just as hit and miss as the story leaving me checking and rechecking my facts in surprise that Studio Madhouse were actually involved. The picture quality is incredibly sharp and vibrant, you could almost be forgiven for thinking that you were watching it on Blu Ray. This of course is thanks to the animation studio, but also to Siren for such a top quality transfer. The character designs are once again, good but not great. The designs themselves are good but they have a tendency to vary from time to time with odd angles and proportions. While the character designs are very true to the source material, the story itself varies slightly. One of the most notable differences is how toned down the action sequences are with a distinct lack of blood and gore.

One area of complete triumph is the voiceover work, both by the Japanese cast and English voiceover crew. The most notable performances by the English cast are by Blake Shepard as Hiro and Shelley Calene-Black as Hime, both of whom supplied voice work to another Siren series, Clannad. Shepard does a great job to capture the whiney Hiro without allowing him become annoying. This may not sound like a big deal, but if the main character comes across as a whingy little twerp, all empathy is lost and so is the attachment to the character. In this instance, Shepard pulled off a miracle. 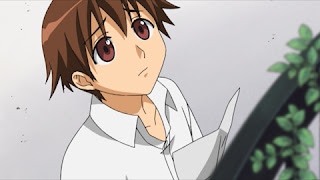 Princess Resurrection is a solid series with some top quality animation and extremely original action sequences. The biggest is the lack of progression. The story starts of with so much promise but just never gets to where its true potential lay. This series could have been so much more but feels like it just missed the mark and settles for being good, not great. Every now and then series' can have a tendency to start strong before being neglected in their closing act. In this instance the action scene end up being replaced with static cut scenes and the story itself meanders. With so much potential, it is disappointing that Princess Resurrection manages only to be passable. 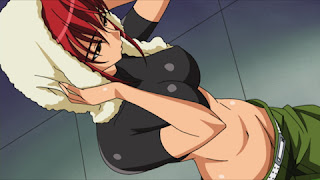 Princess Resurrection is available on DVD from Siren now!