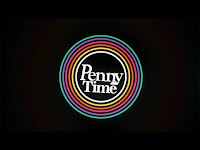 Look, I'm not the hippest kid around so I wasn't even sure what the hell a Penny Time was until I received a mysterious email in my inbox. Is it something to do with the Facebook? Inspector Gadget's niece? A defunct form of Australian currency? To wrap my head around it I jumped on my iPhone and downloaded the free lite version of what turned out to be a fantastic side scrolling skateboard/rhythm game with beautiful graphics, exceptional physics and a brilliant soundtrack. Needless to say, I forked out the whole 99 cents for the full version and have been playing ever since.

I'd be lying if I said that no bonus points were earned by having Aussies involved in the production of this game and Penny Skateboards... Some call it bias, I call it patriotism.

Follow on after the jump for more info and a promo trailer!

Brisbane, Australia - Penny Skateboards, in collaboration with developer IV Motion, are proud to announce the release of a new and exciting iOS experience: Penny Time. The side-scrolling action game combines a mesmerising soundtrack by hunz with unique gameplay, putting the player atop the original plastic skateboard in search of points, multipliers, tricks and secrets.

Set in a post-retro game world not too far removed from suburbia, the player soon discovers that their Penny board has the ability to freeze time. You’ll ollie, hippy jump and power-slide your way under, through and over frozen obstacles to victory, and choose whether you cash in your earnings along the way or risk it all by playing increasingly difficult areas for even greater points. Each of the game’s unique levels feature two gameplay modes which will immerse and challenge both casual and experienced players alike.

The 24th of May sees the release of the initial round of DLC. It features a new playable character, 2 wearable accessories and our most exciting reveal, ‘Competition Play’. The 1st round of ‘Competition Play’ will see players rival to keep their scores at the top of the leaderboards over a 2-week perio, for a chance to win one of 15 Penn Original 22” skateboards.

About Penny - Penny is the original plastic skateboard and is widely credited for putting the ‘fun’ back into skateboarding. With a rapidly growing following, the Penny Original 22” and Penny Nickel 27” skateboards have ignited a cultural revolution and are now sold in over 30 countries.

About IV Motion - With over 4 years of motion-graphics experience, Brisbane-based IV Motion has recently been busy fueling their passion for game development. Penny Time is their first title as an independent game studio and has brought together a growing team of storytellers, artists, musicians and developers to showcase their myriad of talents and expand their versatility as a company.

About Hunz - Emerging from the demoscene in the 90s, Hunz is an established electronic musician hailing from Brisbane, Australia. His chiptune side-project, 7bit Hero, recently performed at the first ‘Blip Festival Australia’ in Melbourne. Hunz’s musical expertise and creative direction saw Penny Time evolve into a truly immersing gameplay experience.

Penny Time is now available for all iOS devices through the App Store for 99c. A free lite version and the official Penny Time soundtrack are now also available.