Game News - Injustice: Gods Among Us Gets New Characters

Just when you thought that you couldn't be any more jealous of those lucky folks at San Diego Comic Con (SDCC), Warner Bros Interactive Entertainment and DC Entertainment release some all new screen shots and revealed another 2 playable characters, Nightwing and Cyborg. Just to poke the green eyed monster even further, fans at SDCC even get the chance to play the game at the DC Entertainment booth! (jealousy RISIIINNNG!)

Check out the all new screen shots after the jump!

"Injustice: Gods Among Us is an all-new game in development by award-winning NetherRealm Studios, creators of the definitive fighting game franchise Mortal Kombat. The game is scheduled for release in 2013 for the Xbox 360® video game and entertainment system from Microsoft, PlayStation®3 computer entertainment system and the Wii U™ system from Nintendo.

Injustice: Gods Among Us debuts as a bold new fighting game franchise that introduces a deep, original story featuring a large cast of favourite DC Comics icons such as Batman, Cyborg, Harley Quinn, Nightwing, Solomon Grundy, Superman, The Flash, Wonder Woman and many others. Set in a world where the lines between good and evil are blurred, players will experience heroes and villains engaging in epic battles on a massive scale." 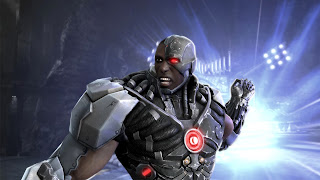 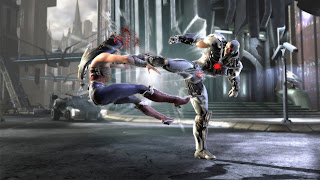 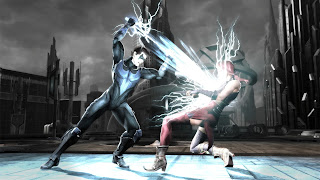 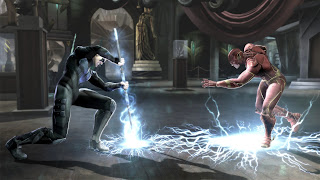 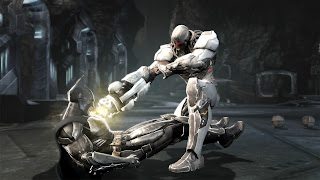 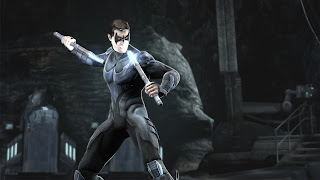