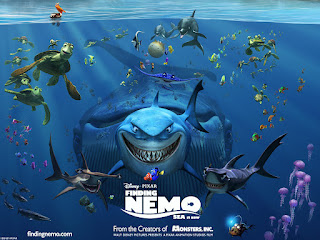 With Finding Nemo returning to cinemas in 3D it’s a good opportunity to look at the recent spike in 3D films. It was a pleasure to see Finding Nemo back up on the big screen, whilst it was only released in 2003, somehow it feels like a classic. I thoroughly enjoyed revisiting the world of Nemo, Marlin, Dot and their many friends. Do we need further films in 3D or is it just a cheeky way to raise ticket prices?
3D films have been popular with studios ever since James Cameron’s Avatar demolished box office records in 2009 grossing $740 million in America and $2.7 billion world wide. It’s hard to say how big an impact 3D had on Avatar’s success however it did allow higher ticket prices which directly effected the box office. The 3D effects in Avatar are effective because they immersed the audience in the world that Cameron has created, being Pandora. This world had various life forms which were constantly on show; this means that there is always movement and activity on screen which fits the 3D technology. I don’t think Avatar will enjoy the longevity of science fiction franchises like Star Wars and Star Trek, however it may become the how-to-do manual of 3D film making. 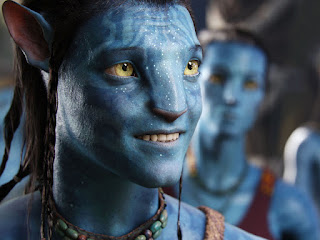 Ok, so they know how to make 3D films with beautiful graphics and better depth of field, surely this should become the new standard right? Unfortunately this isn’t the case. Films like Avatar were filmed specifically for 3D presentation whereas most other 3D films take a standard 2D film and convert it post production. The problem with this technique is that the picture appears flat and the effects of the 3D are greatly limited which was most noticeable in films such Clash of the Titans, Men in Black 3 and Alice in Wonderland. Neither of these films required 3D to enhance the visual presentation or the story telling aspect. So by now we already see that ticket prices are creeping up and studios are hiding behind the ‘new technology’ that is 3D film making however the quality of the productions are sadly lacking. 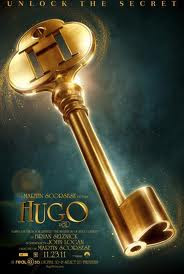 The recent success stories of 3D film making have included; Jack Ass 3D, Hugo, The Amazing Spiderman, Toy Story 3 and Werner Herzog’s documentary Cave of Forgotten Dreams. Each of theses films have utilised the 3D effects in creative ways, from the crazy paintball fight in Jack Ass to the lobster sequence in Hugo they have embraced the technology and added to the atmosphere of the film. The golden rule of 3D film making should be that the audience wants curved images, not just a perception that things are raised or closer but in fact we are peering in and around the world being presented.
I remember when Movie World on the Gold Coast, Queensland had a 3D film which basically used any excuse for characters to utilise the 3D, from a ping pong balls being hit towards the audience, menacing Arabian Knights throwing huge swords and Indians firing arrows at a racing stage coach, I think you get the idea. Whilst this wasn’t the most engaging film dramatically it was thoroughly entertaining and managed to inspire a sense of joy in people as they watched it. I would take this blunt use of the technology over the more subtle touches preferred by some modern day users. 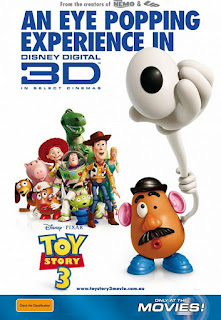 Finding Nemo is a fantastic film which I know I will return to someday. It is still one of the finest productions in Pixar’s impressive stable. That being said it was a great film before it was converted for 3D. I would like to see what the geniuses at Pixar could do if they fully embraced the 3D technology and pushed it as far as possible. 3D may or may not be the future of film making, however like all advances in film such as sound, colour, computer generated images (CGI) and interactivity I would like to see this tool used to enhance the film going experience and to find new and imaginative ways to tell stories. 3D films are in their infancy and they have a few hurdles to overcome which include; the glasses make the screen appear darker and some people get headaches due to eye strain. These are some of challenges for film makers moving forward. I am truly excited about the future of 3D films, just imagine when the likes of the Coen Brothers, Wachowski siblings, Paul Thomas Anderson and Christopher Nolan start to play around with the technology what films we could expect to see.
Please feel free to leave your comments below.
3D films Avatar Christopher Nolan Clash of the Titans Coen Brothers Finding Nemo Geek of Oz Hugo Jack Ass Pixar PT Anderson Stu's review Toy Story 3 Wachowskis