In 1987 the world was introduced to RoboCop, a one man army and the future of law enforcement. As with many fantastic properties from the 1980's, RoboCop will return to the screen in an all new film directed by Brazilian José Padilha. Not much has been announced regarding the film although a handful of images from the "official" OmniCorp website show designs for the XT-908 aerial vehicle and bipedal badass ED-209 so we can at least expect round 2 between RC and ED.

Today, Colombia Pictures and MGM announce that production on the star-studded sic-fi action blockbuster is set to officially commence on the 15th of September in Toronto, Canada.

LOS ANGELES, Calif., September 13, 2012 – Production is set to begin on Saturday, September 15 in Toronto on Metro-Goldwyn-Mayer Pictures’ and Columbia Pictures’ RoboCop, directed by José Padilha. The film stars Joel Kinnaman, Gary Oldman, Michael Keaton, and Samuel L. Jackson, as well as Abbie Cornish, Jackie Earle Haley, Michael K. Williams, Jay Baruchel, Jennifer Ehle, and Marianne Jean-Baptiste. The screenplay is by Josh Zetumer and Nick Schenk, based on the 1987 motion picture written by Edward Neumeier & Michael Miner. The film is produced by Marc Abraham and Eric Newman, with Bill Carraro serving as executive producer. The film will be released in the US on August 9, 2013 (15 August 2013 in Australia)

In RoboCop, the year is 2028 and multinational conglomerate OmniCorp is at the center of robot technology. Their drones are winning American wars around the globe and now they want to bring this technology to the home front. Alex Murphy (Kinnaman) is a loving husband, father and good cop doing his best to stem the tide of crime and corruption in Detroit. After he is critically injured in the line of duty, OmniCorp utilizes their remarkable science of robotics to save Alex’s life. He returns to the streets of his beloved city with amazing new abilities, but with issues a regular man has never had to face before.

Commenting on the announcement, Padilha said, “It’s exciting to think that we’re going to be starting production on RoboCop. I have a dream cast and an incredibly creative production team, and we are all supremely dedicated, working together to make a movie that will not only live alongside the first film but also break new ground, be relevant for modern audiences, and stand on its own.”

Lula Carvalho is the Director of Photography. The production designer is Martin Whist. The editor is Daniel Rezende. Costume Designer is April Ferry. VFX Supervisor is James E. Price. 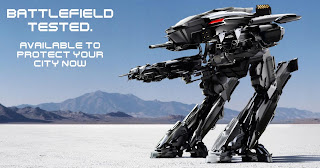 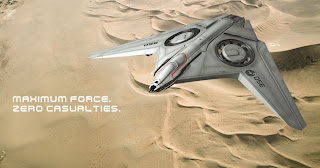