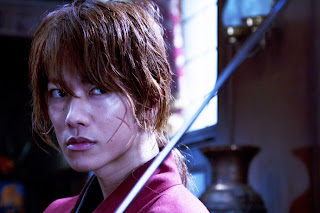 Based on the manga and anime series of the same name, the Rurouni Kenshin film tells the story of Kenshin, a young samurai who was once renowned for his deadly skill. However, after the fall of the Tokugawa Shogunate, Kenshin vows never to kill again.

Rurouni Kenshin was a resounding success when released in Japan and now it is a success in Australia. In a massive coup for the Japanese Film Festival, they have completely sold out their first screening and will be holding second screenings in Sydney and Melbourne on the very same day!

Get in quick and secure your tickets because if history repeats itself, they won't last long!

Rurouni Kenshin is screening in Sydney on the 21st of November and in Melbourne on the 5th of December.
Anime encore Japan Foundation Japanese Film Festival JFF Manga rurouni kenshin