- January 27, 2013
Geek Of Oz is a hub for news, reviews and interviews for all things pop culture. Do you like anime? We got it! Movies? That too! Comics, games and books? Yep, sure and uh-huh!

Focused on Australian fans, we know what we're writing about because we write about what we love.

You can follow our antics on Twitter, Facebook and YouTube. Plus, Ryan is one half of Beardy and the Geek! The ORIGINAL podcast dedicated solely to Australian comics and comic creators. Giving these hardworking men and women the focus and attention that they deserve.

Ryan started Geek of Oz in 2010 after his work colleagues asked him to stop verbally reviewing films to them. In their words "shut up and start a website... and put some pants on".

Unable to decide what to focus his time and efforts on, he indulges in all of the good things in life - movies, anime, comics and games. His love for Japanese cinema has seen him involved in the Japan Foundation's Japanese Film Festival as an official reviewer while his anime infatuation has recently landed him an ongoing gig with JB Hi-Fi's STACK magazine as their resident anime man-child.

Turning his hand to presenting, Ryan has made guest appearances on Kapow! Comic Book Show, Behind the Panels and was chosen by the Japan Foundation Sydney to host a fully booked Q&A with Neon Genesis Evangelion voice actress, Yuko Miyamura. More recently, he was the MC for the opening night of  Japan Foundation's Japanese Film Festival and the Sydney premiere of Studio Ghibli's The Wind Rises.

Writing is Ryan's passion, writing about the things that he loves is a dream.

Ryan is available for freelance writing and presenting work. 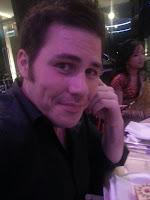 Arguably the less geeky of this crime fighting/writing team, Stu looks after most of the more "serious" film releases. Well, that's what he'd like you to believe. Stu is a film geek of the highest order.

A much cooler cat than the super dorky Ryan, Stu is to Geek of Oz as Michael Bublé is to the world - smooth.

Stu is a self confessed cinephile who is equally at home watching an obscure underground indie French film as he is with the latest blockbuster. Films are his passion and when he's not watching them he's wasting away his hours listening to a multitude of film related podcasts.

Christof picked up his first comic in late 2009 and with the exception of when he's reverse parking, hasn't looked back since. From 2011 to 2012 he hosted 'The Weekly Geek' a community radio show that covered everything from comics to Dungeons and Dragons. After retiring the show in mid 2012, he has continued to write and blog about pop-culture with a real soft spot for comics.

Although he started his comic days as a Marvel fan-boy, today he prefers to spend his time reading independent and creator owned titles. That said, he's still a sucker for a good superhero story.

Highlights of his time writing about pop culture include meeting John-Rhys Davies, chatting with Grace Randolph and being serenaded by Klingons. 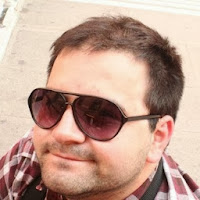 Billy is a lifelong geek has been a long time supporter of Geek of Oz.

Billy is a Network Engineer based in Sydney and has been an avid reader of comics from the ripe age of ten. He has an infinite amount of ideas going on in his head for stories and occasionally he writes them down for people to read. He's still waiting for the day he gets bitten by a Radioactive Spider or his Mutant Powers kick in. Any day now..... 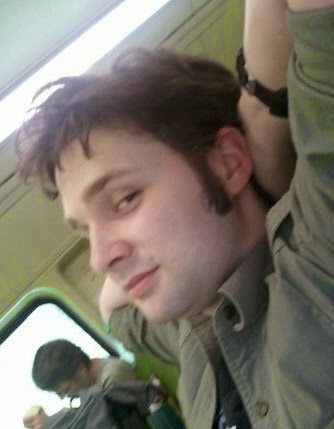 Chris Comerford started reading comics after the holy-crap-you-guys-what-just-happened experience that was The Dark Knight. Since then comics have become an indelible part of his life, with the bulk of his academic career - including a Bachelor of Arts Honours thesis comparing Batman and Captain America - devoted to study of the graphic medium. He's currently in his second year of a PhD about Batman. Yes, that is pretty damn cool.

He once met Grant Morrison, which will still cause him to collapse into paroxysms of joy at the thought if mentioned.

He writes a whole bunch of stuff that occasionally makes sense at The Writer's Multiverse, while the more sensible stuff gets written for Geek of Oz.

If you'd like to get in contact with any of our geeks or would like to give us free money, fill out the form below and we'll get back to you shortly.