Every man has one. Some think about theirs more than others, some have strange relationships with them and they’re unique to all of us. Obviously I am talking about mothers. The mother and son relationship is placed under the microscope in Anne Fletcher’s (The Proposal, Step Up) latest comedy The Guilt Trip. Whilst it’s not the most original setting, The Guilt Trip proves that there will always be a place for excellent screenwriting, rapid fire dialogue and a feel good story.

We first meet Andrew Brewster (Seth Rogen) attempting to sell his own environmentally friendly cleaning products to the major retail stores. After a lack lustre sales pitch Andrew embarks on a cross country drive to peddle his wares. In a moment born of filial obligation Andrew invites his mother Joyce (Barbra Streisand) along for the ride. 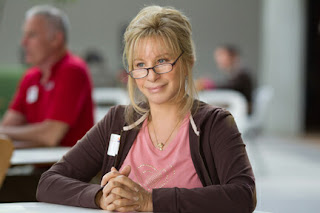 I was initially concerned that the leads would not have any chemistry on screen, since they are from such different comedic backgrounds. Seth Rogen relies on his usual sarcastic murmurs and Barbra Streisand delivers her over-bearing Jewish mother shtick with warmth and charm. My concerns were quickly allayed as the relationship seemed quite natural and never forced. I appreciated that the film used simple and plausible scenes to introduce us to the characters. For instance, the opening sequence shows Andrew getting ready for his presentation; we learn that he is broke, desperate and in need of some luck, all the while hearing voice mail messages left by Joyce, with topics ranging from good luck to what underwear he would like her to buy him. The entire sequence only took a few minutes but it sets up the film perfectly I instantly felt connected to the characters because I could easily sympathise with both of them. Streisand is the highlight of this film, who seems to relish the excellent script by Dan Fogleman (Crazy, Stupid, Love and Tangled). Carrying the bulk of the emotional scenes and more often than not clearly teaching her younger counterpart a lesson or two about big screen comedy.

This is the first film by Anne Fletcher that I have seen. I don’t think I’ll be racing out to watch much of her filmography, considering it consists of mostly disposable films such as 27 Dresses, The Proposal and Step Up. I found the film to be a tad repetitive in parts, in that at every stop the couple made the very next scene would be set inside their vehicle talking about whatever had just occurred. This isn’t the type of film that requires such hand holding to guide us through.

I think this will be one of those films that will appeal to a much older demographic mostly because of a Barbra Streisand and the themes. It’s a simple story about reconnecting with a loved one in trying circumstances, with a few laughs along the way. It won’t break any box office records, won’t appear on any top ten lists but I think it’s a film you can recommend to your parents. 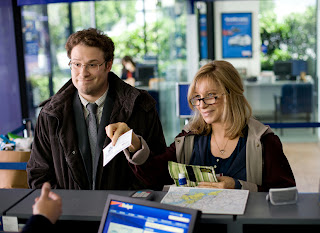