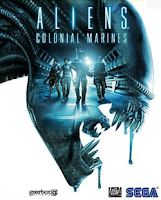 Aliens: Colonial Marines can't get here fast enough. High on many "Most Anticipated" lists across the internet, it's promising to be an intense first-person shooter experience with a firm focus on multi-player gameplay.

Today, SEGA and Gearbox Software are proudly presenting the brand new Tactical Multiplayer Trailer for Aliens: Colonial Marines. Showing a select number of special abilities on both the Xenomorph and the Marine side, the trailer gives you a glimpse at the various tactical choices that players need to make when playing the game's competitive, asymmetrical multiplayer.

Follow on after the jump for more details and an all new gameplay trailer!

Marines have a plethora of different weapons at their disposal, from the classic pulse rifle to the iconic flamethrower, from the smart gun and legendary weapons to explosives and assault rifle. All are fully customizable, just like the multiplayer characters, and all are selectable in your load out.

Certain weapons are great for close combat in tight environments but you might want to watch for sneak attacks when cornered. Xenomorph players can choose from 3 different classes when going into battle - Soldier, Lurker or Spitter - each with their own customizable attacks and looks.

But one thing is true for both sides - team work is key. If you go off on your own, you're dead.