Earlier this week Geek of Oz, or Geek of Ozhadou as we've now been dubbed, had a chat to Dan Chlebowczyk from Madman, Couch Warriors and OzHadou had a chat to us about this weekends OzHadou Nationals.

Follow on after the jump for our chat or check out our previous post for more details on the tournament itself. 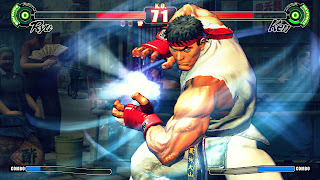 Ryan: To those of us who are completely uninitiated in the world of competitive gaming, can you explain what OzHadou is?

Dan: Long ago, when Ryu fought Sagat here in Australia, from the resulting crater sprung Ozhadou!
Actually it's a community where fighting game players can locate other players near them and get together for games and tournaments - like Ozhadou Nationals, where other players converge on Sydney to see who is the best. It's the first of about four major events this year for the scene.

When you mention competitive gaming, some people (me) can't help but think of Fred Savage's The Wizard. What is it really like?

It's a lot more like Fred Savage in The Wonder Years. You've got lots of ups and downs, life lessons, and a constant voice reassuring you - telling you, you can get better - just win that next round and you can impress Winnie Cooper.

It's fun. The fun of playing games is taken to another level, giving players both a great social experience and a place and a reason to display improvement in their skills. What's more its getting better for spectators too, and I recommend people check out the live stream of the finals. There are always some shocks and surprises to stoke the interstate rivalries 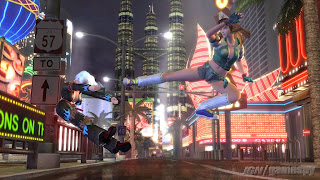 What is it about fighting games in particular that make them worthy of a tournament?

It's pure competition - a game of skill where at high level it boils down to the smartest player and the steeliest nerves. Fighting games are like high speed chess matches; it's not just how well you can do the moves, it's how your knowledge of when to make the right choices, and force your opponent to make poor choices, then capitalise.

The intensity of this going back and forth, makes for exciting matches - and the atmosphere of a fighting event is like no other, but a little like the crowd at a football match. Loud and raucous. But lots of positive energy.

What game got you into competitive gaming?

I've probably always been competitive. Since Street Fighter 2 in the arcade, that and Virtua Fighter, passing the controller with winner stays rules with friends.

What games are on show? 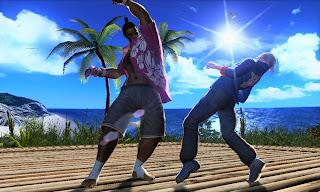 What game inspired you to play competitively?

Getting into the competitive scene it was Dead or Alive 4 that came along at the right time and I practiced it a lot, got to win some tournaments and travel overseas to play. Been hooked ever since and now help organise events, which gives players the chance at higher stakes play.

Do you get to compete in OzHadou yourself?

For sure. I'll play SF4, DoA and my main game is Virtua Fighter 5, the classiest of the bunch. Like a certain football code you learn to appreciate it as "the beautiful game".

Can you give me some tips on how to improve my skills at fighting games?

Practice! Especially with live human opponents, that's why events like this and the smaller monthly gatherings are so good. Training mode and online will give you the basics, then sitting down with other players who are always generous with tips and practice time will really get a player from beginner to intermediate faster.

How can people get involved in OzHadou?

Hit the website www.ozhadou.net - come spectate on Sunday - and come play at the monthly York St Battle events at the same venue.

You can also see tournaments for all around the country posted on the site.

Finally, if you could only play one character from one game for the rest of your life, who would it be?