In a flooded comic-book market place, Image Comics consistently deliver some of the most intriguing and original books on the rack. So it really is saying something when the first issue of Five Ghosts cements itself in my mind as a truly unique and innovative comic. Within its 22 pages, writer Frank J. Barbiere and artist Chris Mooneyham deliver nothing short of a perfectly executed pulp adventure.

Five Ghosts tells the story of Fabian Gray a master thief and treasure hunter who just happens to be possessed by five spirits, each with unique abilities that he can tap into. By channeling the detective he gains superhuman powers of deduction and observation, channeling the samurai and archer grants him expert skill with the katana and bow respectively, the wizard gives him access to magical shenanigans and channeling the vampire gives him the ability to...well....be a vampire. 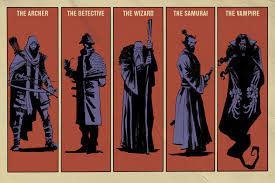 Naturally, Fabian uses his new-found powers to 'acquire' rare treasures and of course beat up Nazi's. Everything's better with a bit of good old fashioned Nazi punching. Think Indiana Jones mixed with the video game Trine and you’ve got a rough idea of what you’re in for.

What immediately impressed me about Five Ghosts was its strong characterization. It would have been so easy for Barbiere to write Fabian as just another Indianna Jones or Nathan Drake knock off but instead he's taken the time to really flesh the character out. Sure, Fabian may share some fairly obvious similarities with the aforementioned treasure hunters, but when your working within a well established genre it's practically unavoidable. Besides, when was the last time you saw Indy slicing through Nazi's with a katana? 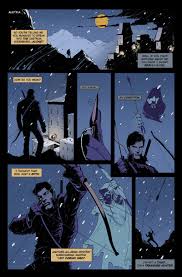 Apart from the premise, which to be honest if it doesn't convince you to read this series I don't know what will, the art of Five Ghosts is the books other major draw-card. As soon as you gaze upon the opening pages of Five Ghosts it becomes apparent that Mooneyham's art is the perfect accompaniment to Barbiere's story. The art is sparse but potent and perfectly emulates the art of classic pulp adventure comics. It's a beautiful and stunning marriage between written and visual storytelling making for a rare treat.

What was handled particularly well was how the book used visual clues to let you know which ghost's powers Fabian is currently channeling. At first this is represented by a pale green likeness of the ghost hovering next to Fabian but these visual clues get increasingly subtle as the book progresses. By the issue's closing pages a rough facial outline is more then enough to let you know whose power Fabian is channeling. This is a book that really respects the intelligence of it's readers.

In case you haven't yet twigged, I was thoroughly impressed by Five Ghosts. My high expectations were not only met, but exceeded.