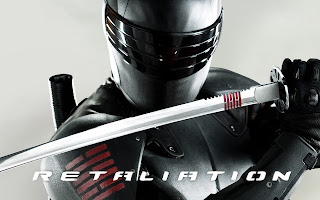 I'm not entirely sure what PR people mean by the term sizzle but it makes me think of food and I like food!

Regardless, we've just received these new clips for the upcoming GI Joe: Retaliation. Sure, the first film was so-so but from what we've seen so far, Retaliation looks like it's going to be a whole lot of fun.

Stay tuned in coming weeks for Stu's review of the film and follow on after the jump for a fistful of new clips.


The first clip is called the ‘Lupe’ Sizzle, a montage of shots with the backing of a Lupe Fiasco track.


The ‘Jon M. Chu’ vignette features an interview with the director of the film and a smattering of movie clips.

The final clip, ‘Macho’ sizzle, features The Rock and Channing Tatum being bad-ass, shooting stuff and other cool things to what sounds like a version of The White Stripes "Seven Nation Army".