Sure, Tomb Raider may have already been on shelves for a wee bit and everyone has already told you how great it is so this review may, or may not, give you little more reason to purchase what is undoubtedly one of the most solid game releases in a long time.

The Tomb Raider franchise first came to prominence in 1996 with the initial game released on Playstation, Sega Saturn and PC. The world went crazy for the beautiful, turquoise singlet wearing lass. Eventually spawning a number of sequels, a film franchise and some rather successful comics which were released by Top Cow throughout the late 90's and early 2000's, it seemed as though the Raider train had run out of puff..

Now, 16 years later, Lara Croft returns to raid tombs and shoot the place up. Thankfully, it feels as though she never left. 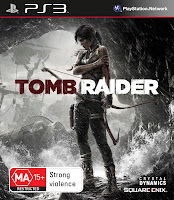 The original game left a long lasting mark on me as a gamer. Not many games managed to blend action, adventure and puzzles quite so seamlessly and even while looking through rose coloured glasses, this latest incarnation is superior to its predecessor in every way. Instead of delivering an inconsequential origin story, Crystal Dynamic and Square Enix instead focus on Lara and her colleagues and their life and death struggle with all sorts of badness. Although this does little to introduce Lara herself, it does present an explanation for why she is as tough and resilient as she is. It's amazing what you can do when your life is in danger. This makes for a battle hardened yet vulnerable lead who strikes the perfect balance between feminine beauty and bad ass butt-kicker. 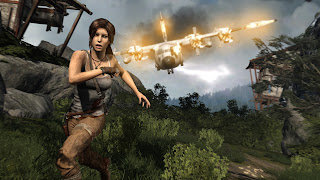 Sure, it's fair to expect that a current gen game would look better than one made 16 years ago, that's a given. That said, Tomb Raider looks fantastic even by today's standards. Minor blemishes here and there are insignificant when faced with game play visuals that are gritty, fluid and detailed. Each location is laid out in a manner that could be enjoyed from almost any approach. If you just want to punch through the game, there is a rather straightforward path right in front of your nose. If you're a completionist like me, you'll find yourself exploring the side of cliffs, under houses and up trees. Thankfully, the puzzles don't feel as forced as they did in the original games and instead feel dynamic. 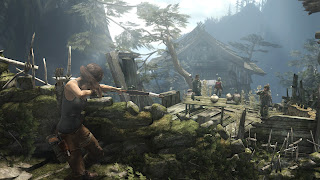 A scattering of items not only makes for a more protracted game time, but it also allows for certain unlocks that make the game easier to complete in the long run. So while the fastest route may seem obvious, it won't necessarily be the easiest. The game manages to be challenging without frustrating the player. The joy of this game is in the playing, not the failing. The difficulty level is just high enough to present a challenge and gives weight to the unfolding story. The fight mechanics are fantastic and supply a different dynamic for each weapon. Each and every weapon has its place and you'll eventually find your favourite but it's hard to go past the strength reliant bow and arrow for some good, clean fun. 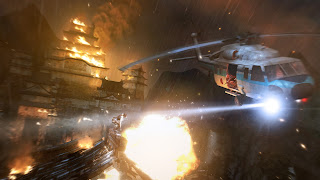 If there is one complaint to be made it would be that for a game called Tomb Raider, there aren't a great deal of tombs to be raided. While the tombs are essentially optional, they are nevertheless fun and it makes sense that Ms Croft isn't fixated on tombs while struggling to survive. In fact, it would make less sense if she were to be more motivated with finding stone donkeys than survival.

Believe the reviews. This is an early pick for game of the year and it will take something rather incredible to knock Tomb Raider off its rocky perch. Hell, I'd even go so far as to say that Lara is officially a Drake killer.