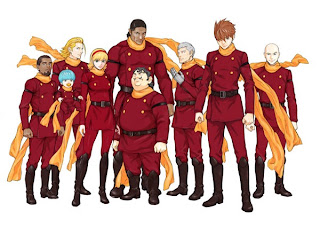 Released in Japan in October 2012, 009 Re:Cyborg has just been announced as the second title to hit the big screen at Madman's REEL ANIME festival.

The film is based on the 1960's manga series by Shotaro Ishinomori, who is also credited as being one of the godfathers of the tokusatsu genre after creating Himitsu Sentai Gorenger. 009 Re:Cyborg is directed by Kenji Kamiyama, long time Production I.G collaborator and director of the fantastic Eden of the East. Also involved in the project in composer Kenji Kawai who has worked on far too many  brilliant works to mention.

Hopefully Madman will release further details once they're back from pleasing fans up at Gold Coast Supanova and we'll keep you up to date should an official press release be circulated.