Currently touring Australia is the incredibly exciting Evangelion Art Exhibition. After wowing audiences on the Gold Coast, Shinji and friends will be heading to Sydney where the good folks at the Japan Foundation will be holding a very special Q&A with Japanese voice actress Yuko Miyamura, the voice of Asuka!

To add some icing to that already tasty cake, the Q&A will be facilitated by yours truly! Looking forward to seeing you there.

Follow on after the jump for all of the details and don't forget to book ahead of time, seats are strictly limited!

In collaboration with Madman Entertainment and NTV Films, The Japan Foundation, Sydney is pleased to host the 2013 Evangelion Art Exhibition from Friday 10 to Saturday 18 May at the Japan Foundation Gallery. This exhibition will offer a rare glimpse into the renowned Evangelion franchise.

In the exhibition, a collection of original concept and production art, character drawings and key artefacts will be on display, offering an insider’s view into Japanese anime film production. A limited selection of exclusive merchandise will also be available.

In conjunction with the exhibition, the Japan Foundation is excited to welcome guest Yuko Miyamura, an anime voice actress best known for her role as Asuka in the Evangelion series, for “Meet the voice of Asuka”, a one-day event program featuring a Q+A session and a voice acting workshop on Saturday, 11 May.

The Q+A session with Miyamura will be facilitated by Ryan Huff, Geek of Oz editor and resident anime writer for JB Hi-Fi’s STACK Magazine, and will be followed by a short signing opportunity. The voice acting workshop will give participants an insight into what happens behind the scenes of an anime production, touching on everything from breathing techniques to acting and synching with actual video images from Evangelion. As places are limited, participants will be selected in advance by Miyamura-san herself through an online audition process.

“Voice actress extraordinaire Yuko Miyamura has worked on some of the best known anime properties such as Astro Boy, Pokémon and the incredible Neon Genesis Evangelion. The Melbourne-based superstar literally bridges the cultural gap between Japan and Australia, bringing with her a wealth of experience that she plans to share with Evangelion fans in Australia,” says Huff.

Meet the voice of Asuka

Q+A session and signing opportunity with Yuko Miyamura, facilitated by Ryan Huff
Saturday 11 May, 11am – 12:30pm
The Japan Foundation
Seats are limited. Bookings essential to reception@jpf.org.au / 02 8239 0055

Saturday, 11 May, 2pm – 4pm
The Japan Foundation
Online audition selection by Yuko Miyamura prior to event
Places are strictly limited. For audition details, head to www.jpf.org.au 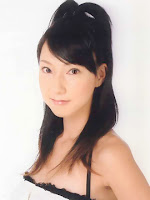 In addition to being a very talented voice actress, she is an actress, J-pop singer and director of audiography. Her acting roles include the presenter in Battle Royale, voice roles in gaming include Chun Li and Rose in the Street Fighter Alpha and EX series, Larxene in the Kingdom Hearts series, and many more. She has provided the voices for so many characters in anime series, such as Kazuha Toyama in Detective Conan, Alyssa Sears in My-Hime and Casca in Berserk, and she is incredibly popular for her role as being the voice of Asuka in the Evangelion series

From a very young age, Ryan has had an interest in pop culture, specifically Japanese pop culture. His earliest memories are of watching Astro Boy, Marine Boy and Monkey on TV. While as a young geekling he may not have realised that these things were Japanese, he always knew that they had something in common – they were awesome. As he grew, so did his love of all things Japanese until, as a young and impressionable teen he was exposed to Neon Genesis Evangelion through SBS. After recording each episode on VHS (kids, ask your parents), he would break his brain trying to understand Evangelion's religious and philosophical allusions as well as its abundance of Freudian psychoanalysis. Nowadays Ryan is the geek behind GeekOfOz.com and is the resident anime guy for JB Hi-Fi's STACK magazine.

ABOUT THE JAPAN FOUNDATION