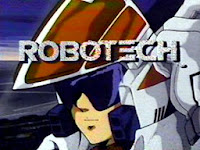 Sure, there is plenty of conjecture about the "legitimacy" of Robotech but fact of the matter is this: Robotech is responsible, at least partially, for Western culture's love for all things anime.

Following their DVD release of the legendary 1985 series, Beyond Home Entertainment have announced a very special guest for this years Supanova Pop Culture Expo in Melbourne and the Gold Coast.

This month, Beyond Home Entertainment will be hosting a stall at Supanova’s Pop Culture Expo in Melbourne (13-14 April) and in the Gold Coast (20-21 April) to promote key retro and ‘pop culture’ brands and new DVD releases. In addition, there will be opportunities for Robotech fans to meet and have merchandise signed by guest Steve Yun, Associate Producer (for a full Bio, refer below) on the new Robotech movie, titled Robotech: Love Live Alive, at the stand.

To celebrate the release of the new movie later this year, Steve Yun is presenting Q&A sessions held each day (Saturday and Sunday) at both Melbourne and Gold Coast Supanova Expo events. During the Q&A sessions, Steve will share trailers, images and background information on the movie and answer questions from die-hard fans (for more information and programming times visit www.supanova.com.au ).

A special Australian premiere screening of Carl Macek’s Robotech Universe documentary and a world exclusive sneak peak of the Love Live Alive Movie is programed as part of the Gold Coast Film Festival, a festival running in conjunction with the Supanova Expo in the Gold Coast. The premiere event is held on Friday, 19th April and is followed by an encore screening the next day (for more information on the Gold Coast Film Festival, and screening times visithttp://www.gcfilmfestival.com/ )
Anime beyond home entertainment Macross News Robotech Robotech Love Live Alive Steve Yun