The Sydney Manga and Anime Show (SMASH!) is back for 2013 and their first announcement is a doozie!

Last year we had Miki Shin-Ichiro, Sakura Tange and Yuko Miyamura and this year is looking to be just as big. Having only reviewed the INCREDIBLE Steins;Gate earlier today, it makes us incredibly excited to share the following press release which announces the voice of Faris Nyannyan as their very first guest!

Sydney, NSW, March 29, 2013 – Intense preparations are already underway for SMASH! Sydney Manga and Anime Show which is set to take place at the Sydney Convention Centre (Darling Harbour) on August 10, 2013.

Now in its seventh year, Sydney’s leading Japanese popular culture convention is gearing up for its biggest year yet, promising another packed day of cosplay, workshops, games and guest panels.

Continuing this unique lineup of internationally-renowned guests, SMASH! is delighted to announce Haruko Momoi as the first confirmed guest for SMASH! 2013.

Haruko Momoi (桃井 はるこ) is a Japanese voice-actress who has provided voices to many notable roles in Steins; Gate (Feiris Nyannyan), The Soul Taker (Komugi Nakahara), Final Fantasy: Unlimited (Ai Hayakawa) and Tales of the Abyss (Anise Tatlin). Ms Momoi is also a well-known pop idol (singer and songwriter), releasing more than ten albums in Japan and performing at over fifteen conventions across US and Europe. 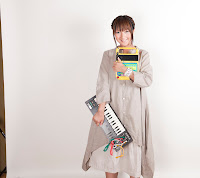 Newly-elected SMASH! President Ray Elinon says the SMASH! team are ‘more than happy to welcome Ms Haruko Momoi as a guest at this year’s convention’.

“In the past, we have had special Japanese guests from director Shinichi Watanabe to voice- actors such as Miki Shin-ichiro and Sakura Tange,” Elinon said.

“SMASH! is a Japanese popular culture convention that is for everyone - not just manga and anime fans. This year we hope to bring something different to the table and Miss Momoi is the perfect guest to commence our guest list for SMASH! 2013.”

More information about SMASH! 2013 will be published over the next few months as the convention draws closer. For further general information, visit www.smash.org.au. 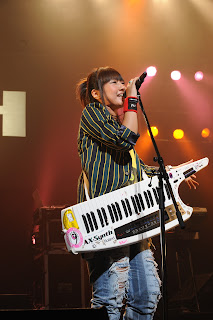 Haruko Momoi (桃井 はるこ) has provided voices to many loveable anime characters for over ten years, beginning with her lead in The Soul Taker as Komugi Nakahara.

Other notable voice-acting roles include Ai Hayakawa from Final Fantasy: Unlimited and Anise Tatlin from Tales of the Abyss where she continued to play the roles for as long as the series existed.

Despite her repertoire as a voice-actress, Haruko is more well-known as a Japanese pop idol. Over the last decade, the singer- songwriter has released over ten albums in Japan and performed at over fifteen conventions outside of Japan.

Ms Momoi has also published her own autobiography called AkihabaLOVE: Akihabara to Isshoni Otona Ni Natta (I Became an Adult Along with Akihabara). Amongst her fans, Haruko is affectionately known as ‘Halko’, a name she coined herself in reference to HAL 9000 from 2001: A Space Odyssey.
Anime Haruko Momoi Manga News smash Steins Gate sydney manga and anime show