Battle Arena Melbourne turns 5 this May

Battle Arena Melbourne turns 5 this May and what a birthday celebration it's looking to be. In what will undoubtedly be their biggest year yet, CouchWarriors have organised a veritable bevy of events including exhibitions, special events, live entertainment and, of course, THE EVER PRESENT BATTLE FOR GLORY! 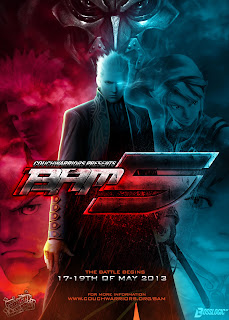 CouchWarriors is proud to present the Fifth Annual BAM. One of the longest running national tournaments, BAM5 continues a tradition that CouchWarriors began by revitalising the community with monthly events in 2006. Set to feature approx 300 players and thousands of streaming viewers, BAM5 is a huge event in the Australian Fighting Game Community calendar.

As part of the national circuit for 2013 following Sydney’s Ozhadou Nationals in February, players from each state will by vying for victory, avenge a defeat or to cheer the best of the best..
In celebration of its 5th anniversary, CouchWarriors has expanded BAM5 to run over three days with more features for players and spectators than ever before. 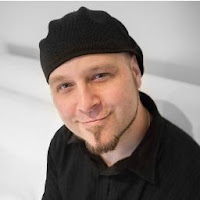 Exhibition matches ­ Interstate battles, Champions challenge vs Humanbomb and more Special Guest: INJUSTICE: Gods Among Us Prequel comic writer TOM TAYLOR will be signing comics and games May18th. There will be comic giveaways thanks to All Star Comics.


Live Music performance: In partnership with Sound Bytes, Chiptunes musician Pselodux will open BAM5 Friday entertainment with a blistering spacerock set, bringing together the chiptunes and competitive gaming scenes for the first time, making BAM a true festival of gaming Community TV: NewGamePlus.TV will conducting player interviews, coverage and its own community qualifier in association with the High School Esports League.

LIVE STREAM As part of the Melbourne community we share equipment and resources with Official Partner Shadowlogic and proudly stream via www.twitch.tv/ShadowlooHQ

Spectators are most welcome. Spectator passes are only $10 for the weekend.

The event has the largest lineup of titles reflecting the strong emphasis on inclusivity and community growth that is CouchWarriors hallmark, with Casual play well accommodated.