Robotech is responsible for introducing many an anime to Japanese pop culture. Unlike many other adapted series of the time, Harmony Gold and writer Carl Macek openly promoted the show as being of Japanese origin. The series featured some rather progressive topics for its time as well as design elements that were much more detailed and intricate than others at the time.

Thanks to our pals at Beyond Home Entertainment, we managed to chat with Associate Producer Steve Yun about Love Live Alive and Robotech in general.

Ryan: Robotech is one of those legendary franchises that means a lot of things to a lot of people. What does it mean to you?

Steve Yun: I grew up on Robotech myself. As a young kid it helped me adjust with moving to a different state and helped me make new friends. On top of that it was my introduction to more sophisticated stories. People actually died and stayed dead? Interracial dating? The only characters who want to fight and blow stuff up all the time are portrayed as deranged maniacs? Suddenly every other cartoon seemed so childish to my 10 year old mind.

Before we actually start talking about the pending release of Love Live Alive - I wanted to clear the air over something that seems to be quite controversial among anime "purists". There are some that question the validity of Robotech as a series. These people claim that it doesn't properly reflect the original vision of the source material. Personally, I've never seen the issue and I happily categorise it as an all time classic. How do you respond to these kind of statements?

Robotech served an important role in popularizing anime around the world. For many people, they saw shows like Astro Boy and Speed Racer and had no idea that they were Japanese shows that were adapted for English-speaking audiences. Robotech was unique in that it was adapted from three different Japanese shows. Fans became aware of this and were consequently tipped off to the fact that there was a whole world of anime in Japan just waiting to be discovered. Carl Macek, the original producer of Robotech, also promoted the fact that Robotech had its origins in Japan, releasing the original Japanese versions on VHS and DVD.

On top of that, Robotech was very careful to maintain important themes from the original series that it was adapted from. Unlike many other adaptations, Robotech kept many of the important character deaths, and made sure to maintain some of the messages of the show; that war isn't all fun and games and that meeting your enemies in person might show you that you're not so different after all. Even if storylines were changed, Robotech made sure that the point of the show was still intact.

Lastly, Robotech and most other animated shows are entertainment. They're there to entertain you and enrich your life, and maybe even teach us some positive things along the way. If people are spending time getting angry and upset over their entertainment, then maybe they need to look at their entertainment differently. 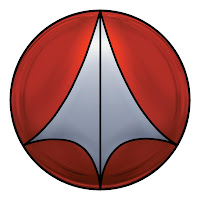 Now, onto the exciting news. You've recently announced that Love Live Alive will reach Australian shores thanks to our friends at Beyond Entertainment. Is this the same Genesis Climber Mospeada Love Live Alive that was initially released in 1985?

No, actually it's an adaptation of that in the same way that Robotech is an adaptation of Japanese anime shows. We added several new scenes and animation to focus on a story that's more customized to Robotech's universe.

I'm lead to believe that Love Live Alive takes place at the same time as The Shadow Chronicles. Will the upcoming your planned sequel, Shadow Rising, tie into both?

Shadow Rising will be a sequel to Shadow Chronicles. I like to think of Love Live Alive as more of a side story, or as they call it, a Gai-den in Japanese

The first that we heard of Love Live Alive was during Carl Macek's memorial in 2011. Being such a large part of the Robotech world, was it daunting to take over the helm following Mr Macek's passing?

Definitely, Carl has a huge legacy of introducing anime to most western audiences, and many of our colleagues say that the original Robotech was what got them working in the anime industry in the first place. We luckily had some of his notes and we had several meetings with him over Love Live Alive so we had a rough idea of what we wanted for it.

Of course, in classic Robotech fashion, we're introduced to yet another "idol". What can you tell us about this one? He seems to be quite different to those who have come before.

Lancer is actually from the last season of the original series. His stage persona is Yellow Dancer, and was somewhat ground-breaking at the time for being a cross-dresser in something that wasn't Looney Tunes or Tom & Jerry (although a lot of his scenes were played for laughs). I recall it being controversial enough that some international TV markets refused to allow it on the air unedited, and they rewrote Lancer to be a female, going so far as to have a female voice actor for it and removing any scenes where Lancer was shirtless.

We've been told that the film will present some all new material. Just how much new footage will we get to see?

Love Live Alive was never previously released outside of Japan, which was made of new animation connecting several flashback scenes from the series. On top of that, our new adaptation is roughly half an hour longer and features some newer animation as well. 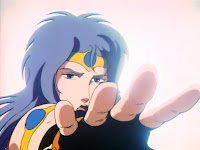 Is this film focussed on long-term fans only or can new viewers jump on in?

The film's main audience is long-term fans, but luckily because it features Lancer reminiscing about his experiences over the course of the show, it acts as a summary of the third season of Robotech and can get new fans caught up for Shadow Chronicles.

Do you have any tips for anyone interested in starting their Robotech viewing experience?

It's always best to start at the beginning. The original series is available now, remastered and very affordable now in a single box set. For someone who grew up on anime VHS tapes that only had 2 episodes per $20, it's a very easy time to be a fan right now!

And finally, Roy's Valkyrie is the coolest ship in the squadron. Am'I'right?

I like to point out that over the course of the Macross Saga, it is never destroyed. It loses its first pilot, it loses its arms, it got shot up but it always came back to fight again.

A massive thanks to Steve for taking the time to speak with us and, of course, Beyond Home Entertainment!
Anime beyond home entertainment Carl Macek DVD Harmony Gold Interview Interviews Love Live Alive Macross Robotech Steve Yun