In only 5 days time, Japan Foundation Sydney are bringing the highly acclaimed Evangelion Art Exhibition to Sydney. In what is yet another boon for the Sydney anime scene, Japan Foundation and SMASH! have announced a very special guest at this years show.

The voice of Ichigo from the smash hit Bleach and Barnaby Brooks Jr from Tiger & Bunny, Masakazu Morita is a certified superstar.

Having previously visited Australia for the Gold Coast Film Festival, Morita returns to our fair shores but this time exclusively thanks to Japan Foundation and the Sydney Manga and Anime Show!

Sydney, NSW, May 2, 2013 – Sydney’s favourite Japanese pop culture convention SMASH! (Sydney Manga and Anime Show) will be celebrating its seventh year this year, and it has been confirmed Japan Foundation, Sydney will renew itself as one of the key sponsors for SMASH! 2013.

Sharing their enthusiasm and ongoing support for the convention, Japan Foundation, Sydney is proud to present voice actor Masakazu Morita as a confirmed guest to attend SMASH! in August.

Masakazu Morita (森田 成) is a prolific Japanese voice actor who is best known for his roles as Ichigo Kurosaki (Bleach), Kazuya Hiramura (Bakuman), Barnaby Brooks Jr. (Tiger and Bunny) and Auel Neider (Mobile Suit Gundam Seed). Morita’s success as a voice-actor is affirmed by his ‘Best Rookie Actor’ award at the first Seiyu Awards in 2007 where he won for his role as Ichigo Kurosaki.

In conjunction with his extensive voice-acting career, Morita is also a motion-capture actor for various films (Final Fantasy VII: Advent Children, Final Fantasy VIII) and hosts a radio show called ‘Bleach B-Station’ which consists of interviews and talks amongst the voice actors of Bleach. Japan Foundation, Sydney’s Amanda Thompson regards SMASH! as a “wonderful event where  industry, fans and talents come together to support what they love”.

“We have always enjoyed being part of SMASH! and the anime community in Australia so we are very excited to sponsor Morita-san to not only come to Australia, but Sydney for the very first time,” Thompson said. 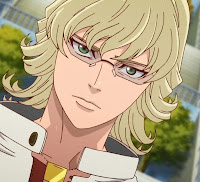 “We feel it’s a perfect fit with Japan Foundation, Sydney’s vision of promoting Japanese culture and being part of the bridge for cross-cultural communication. We hope Morita-san enjoys Sydney’s culture and the SMASH! convention.”

“It is not an easy task to acquire special guests like Morita-san to come all the way from Japan,” Elinon said. “And to have Japan Foundation, Sydney on board as a principal sponsor, we would like to thank them for making this opportunity possible. We’re sure many fans of Morita-san will be ecstatic to see him at SMASH! 2013.”

SMASH! (Sydney Manga and Anime Show) is a one-day convention that will be held on Saturday, August 10, 2013. More information will be published over the next few months as the convention draws closer. For general information, visit www.smash.org.au.

ABOUT THE JAPAN FOUNDATION
The Japan Foundation aims to promote cultural and intellectual exchange between Japan and other nations through a diverse range of programs and events. The Japan Foundation, Sydney runs a gallery space, library and Japanese language courses for all levels catering from beginner to advanced. The Japan Foundation was established in 1972 with a global network of 23 offices in 21 countries. The Australian office was founded in 1977.

ABOUT SMASH! (SYDNEY MANGA AND ANIME SHOW)
SMASH! (Sydney Manga and Anime Show) is a Japanese pop culture convention that is devoted to artists, creators and fans alike. Our primary focus is to allow fans to meet and interact with other like-minded people, show off their own creative talents, buy anime and manga related goods and celebrate their fandom in a social environment.
Anime bleach Ichigo Japan Foundation Masakazu Morita News smash sydney manga and anime show Tiger and Bunny