Our top five films for the year so far...

- June 20, 2013
It's been a great year for cinema so far and hopefully the best is yet to come. If you agree or disagree with our top picks please feel free to comment below with your best films of the year. 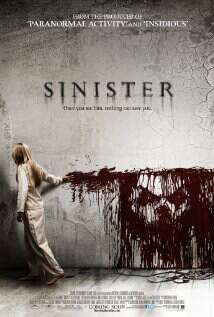 1. Sinister: Being a big fan of the horror genre, it's almost refreshing to come across a film that honours storytelling instead of pandering to torture-porn hungry audiences.

2. Django Unchained: Once again, Tarantino proves that he's the master of dialogue. Making light of some of America's most shameful years is no small feat and yet this still manages to be a whole lot of fun.

3. Star Trek Into Darkness: From a life-long Trekkie/er, I loved Into Darkness. Full of action, adventure and all of the other things that I love about the franchise. Bigger, better and even more fun than the original. JJ is a wizard (and a gentleman).

4. Zero Dark Thirty: Sure, we all knew how the film would end, but that didn't stop Kathryn Bigelow from making a riveting film of 160 minutes, no less. Sure, the Pakistani's probably should have been speaking Urdu instead of Arabic, but technicalities aside, this was an incredibly action packed film about a rather boring topic, intelligence gathering.

5. The Perks of Being a Wallflower: Ok, technically it was in cinemas in October 2012 but I didn't actually see it until this year. This film had me experiencing the full gamut of human emotion and is a beautiful, sincere and poignant piece of cinema. 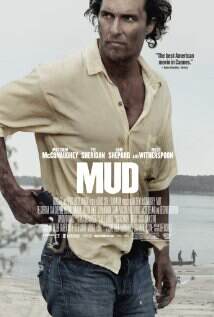 1. Mud: Jeff Nichol’s third film which explores the forgotten south of America. A beautiful coming of age tale that’s part Hardy Boy and, part Stand By Me and all mixed together with a fantastically unhinged performance by Matthew McConaughey.

2. Django Unchained: Whenever this mad scientist makes a film you know it will be brilliant. Enough said

3. Broken: I walked out of this gritty little British drama genuinely shaken by the experience. I really hope this one finds an audience when it comes out on DVD.

4. Spring Breakers: As I said in my review, this isn’t for everyone but if it’s your particular kind of vodka you’ll treasure it. The best James Franco performance I have seen to date.

5. We Steal Secrets: The Story of Wikileaks: Alex Gibney peers into the strange world inhabited by elusive humanitarian anarchist Julian Assange. A must see documentary that will set the record straight on all the  Wikileaks shenanigans