The penultimate REEL ANIME ANNOUNCEMENT has dropped and it's a biggie.

It's hard to believe that this is only Hiroyuki Okiura's second feature behind his first outing, the groundbreaking Jin-Roh.

Further to this, Madman have announced that the second Berserk film will get a very limited cinema release. So, with such massive titles announced, what could they possibly have left up their sleeves?

A LETTER TO MOMO CONFIRMED FOR REEL ANIME 2013 LINE-UP.

Madman Entertainment are proud to announce the third film for the REEL ANIME 2013 program - A LETTER TO MOMO.

A mesmerizing and beautifully crafted film, A LETTER TO MOMO is the acclaimed second feature from Hiroyuki Okiura, director of JIN-ROH: THE WOLF BRIGADE and combines intricate hand drawn animation with a heart-warming and emotional story which will delight children and adults alike.

The last time Momo saw her father, they had a fight. Now he’s gone forever and all she has left to remember him is an incomplete letter with the words “Dear Momo” written on it and nothing more. After moving with her mother from bustling Tokyo to the remote Japanese island of Shio, Momo discovers three goblins living in her attic, a trio of mischievous spirit creatures who have been assigned to watch over her and only she can see.

The goblins are perpetually famished and they begin to wreak havoc on the formerly tranquil island, ransacking pantries and ravaging orchards – acts for which Momo often has to take the blame. But these funny monsters also have a serious side, and may hold the key to helping Momo understand what her father had been trying to tell her.

After full house screenings in prestigious festivals around the world, the film comes to REEL ANIME 2013 with impeccable accolades, including - among others - the ‘Grand Prize’ at the 2012 New York International Children’s Film Festival and ‘Best Animated Feature Film’ at the 2012 Asia Pacific Screen Awards.

A LETTER TO MOMO joins EVANGELION: 3.0 YOU CAN (NOT) REDO and 009 RE:CYBORG in a stellar theatrical line up of the best new animated feature films direct from Japan. Further films and details for REEL ANIME 2013 will be confirmed during the Perth Supanova Pop Culture Expo event (June 28-30).

REEL ANIME 2013 will screen in selected cinema locations across Australia and New Zealand. 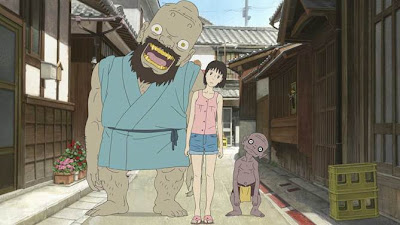 BERSERK MOVIE 2 TO SCREEN AT ONE DAY REEL ANIME SPECIAL EVENTS IN JULY.

This month, we also announce the launch of one day REEL ANIME special screening events, the first of which will feature BERSERK MOVIE 2: THE BATTLE FOR DOLDREY.

The BERSERK feature film reboot breathes new life into this beloved anime and manga classic, offering something for core fans and those new to the series. In this second instalment of the Golden Age Arc Trilogy, fans will be treated to a darker turn of events with some of the most thrilling and brutal action scenes yet.