Behind the Candelabra - Review 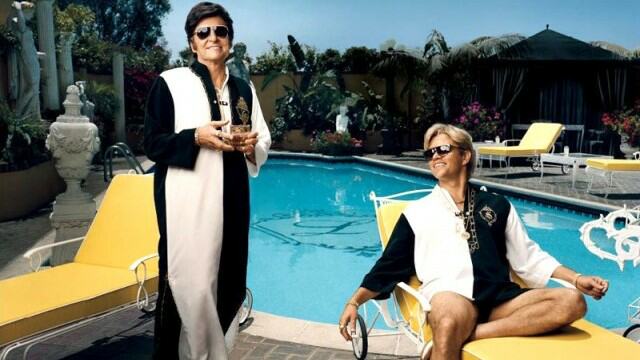 Director Steven Soderbergh is partially responsible for my love of cinema. His 1998 film Out of Sight was the first film I had seen that I actually bothered to find out who had made it, I was mesmerised by the film and wanted more. I went on to watch many of his films and to date I’m still happily going through his filmography. His style lit a fire inside me that still burns brightly. I was quite saddened when Mr Soderbergh recently announced that he would be retiring from film making to pursue other artistic endeavours. His last offering is Behind the Candelabra is a peek into the extravagant lifestyle of the legendary Liberace.

Behind the Candelabra diverges from the standard bio pic fare by only focusing on a nine year period of Liberace’s life, that being from 1977 to 1986. By this time Liberace (Michael Douglas) is already an established-head-lining Las Vegas performer. He is introduced to Scott Thorson (Matt Damon) an eighteen year old fan who idolises the seasoned performer. After a very short courtship Liberace and Scott commence a relationship which is as volatile as it is passionate. Soderbergh is our tour guide through a disturbing relationship which is drenched in insecurities, drug abuse and unconventional relationship dynamics. 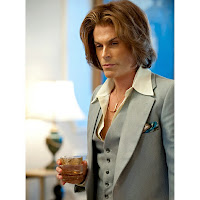 Michael Douglas is in his element as Liberace, a role which walks the fine line between parody and homage. The film showcases several stage performances during which Douglas is simply radiant as he boogie woogies the crowd into a state of frenzy. Away from the flamboyant outfits and distinct mannerisms Douglas portrays the man behind the mask, whose vulnerabilities run deep and someone who relishes the excesses in life. Physically Douglas is not painted in the most flattering way. Several scenes really expose his frail body which is contrasted against the bodies of the younger men he liked to keep company with. Matt Damon has the far more challenging role in that he is playing an eighteen year old who goes through quite significant changes throughout the film. The make-up used to achieve this look is reminiscent of that used on Brad Pitt in The Curious Case of Benjamin Button, where in the face is made to look smoother and slightly plumper. Whilst this isn’t as good as getting a younger actor it did allow for consistency in the performance. In many ways this is Scott’s story as much as it is Liberace’s. The focus on Scott gives us yet more insight into Liberace as it showed how he treated those closest to him. The cast is rounded about by Scott Bakula, Dan Aykroyd and Rob Lowe who delivers the funniest performance of the film as Dr Startz, a plastic surgeon who gorges on the surgery himself resulting in a rather peculiar look. The film is worth watching for his role alone.

Throughout his career Soderbergh has always played with colour schemes in order to set tone. For instance Traffic had distinct story lines and each was set in a different colour; the yellow of Mexico and blue of America. The Oceans Trilogy and Haywire employed similar techniques. In Behind the Candelabra, Soderbergh uses a gold colour when shooting inside Liberace’s house, giving it an Aladdin’s cave feel. It’s a subtle addition to the film but highly effective when looking at the character of Liberace.

Soderbergh has never been one to make massive blockbusters. Outside Ocean’s Eleven, Traffic and Out of Sight he has mostly dabbled with much smaller projects (Bubble, The Girlfriend Experience and Magic Mike), the likes of which gave him far greater creative control and allowed for more intimate storytelling. I fear that his departure will not be filled by a like-minded soul however I guess we’ll always have the treasures that he has left behind.

Behind the Candelabra is fun little film that gives you rare access into a life you’ve probably never thought about, but then this is why I go to the movies, to explore these lives. I strongly urge everyone to get out and see this fabulous gem even if it’s just to splash a little colour into your day. Liberace would have wanted that, given that too much of a good thing was never enough…

Behind the Candelabra hits cinemas this Thursday. If you agree or disagree with my thoughts feel free to leave a comment below. Also if you have some spare time take a moment to watch a recent address Steven Soderbergh made to the San Francisco Film Festival in relation to the state of the film industry.