Beginners Guide to Gunpla with Tom from HobbyCo

At last weeks Sydney Manga and Anime Show (SMASH), I had the chance to speak with Tom from HobbyCo who filled us in on what's what in the world of GunPla.

GunPla is a contraction or portmanteau of Gundam Plastic Model and is quite often given to any anime related plastic model kit. Following the release of the original Mobile Suit Gundam series in 1979 came a line of plastic model kits in 1980. Since its inception there have been hundreds of kits released of nearly every mecha design in varying sizes and levels of detail. Diving into the world of GunPla can be daunting
so I had a chat with Tom to tell us where to start. 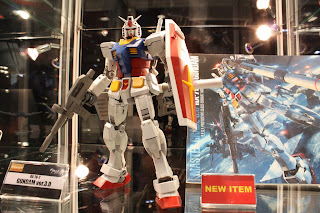 Ryan: First things first, this is one of those IQ test questions: - are all GunPla Gundam and are all Gundam GunPla?

Tom: Well GunPla refer to the Gundam model kits but the company that makes them, Bandai, actually make kits for Evangelion, which is how I got into it. They do kits of the One Piece ships, Kamen Rider and Dragon Ball kits as well so they do quite a lot.

Ryan: So what's the best way to get into GunPla?

Tom: Find a kit that you like the look of and start building. To start of with they are quite simple because you don't need to paint or glue them. They look quite good straight out of the box. It's as easy as that. 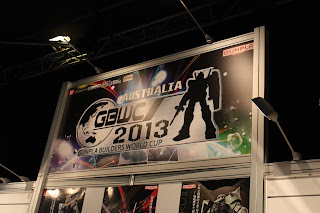 Ryan: What sort of price range are we looking at to start off?

Tom: You can pick up an SD (Super Deformed) or First Grade kit for as little as $10.

Ryan: So if we add on a couple of dollars more for a pair of nippers, it's a pretty cheap set up! From there would you recommend that people paint their kits?

Tom: Most people move onto a simpler form of detailing first which is called panel lining. Painting in the line between the panels greatly increases the look of the model. From there you can move into decals. You don't necessarily have to use the stickers that come with the kit, you can use water slide decals so that you can't see the edges.

Ryan: What are the different grades of kits?

Tom: The simplest kits are SD and First Grade kits, then we move onto AG (Advanced Grade) which generally have around 20 parts and start at a lower price point. Then we move onto HG (High Grade) which are 1/144 scale and have a greater amount of colour separation and articulation. A step up from that is MG (Master Grade) which at 1/100 scale has many more pieces, more effects and good colour separation. Then we've got RG (Real Grade) which is basically MG quality but at 1/144 scale. From there we've got the PG (Perfect Grade) kits which are 1/60 scale. 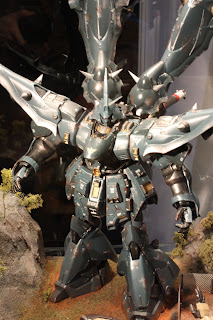 Ryan: Your general advice is to pick a kit that you like the look of. Do you think it's a good idea to pick one from a series that you already know?

Tom: I think it may help but it's not really necessary. There are plenty of pictures on the box and the instruction booklets are very straightforward and easy to follow. If you've never built a kit before you can start with an HG kit or if you're quite confident and have a lot of patience you can go straight for a MG kit.

Ryan: Last question, what was your last build?

Tom: I just finished off the HG Banshee which is for the HobbyCo display that we've just done and then I'll be working on a MG Sinanju.

Ryan: Awesome, thanks for your time!