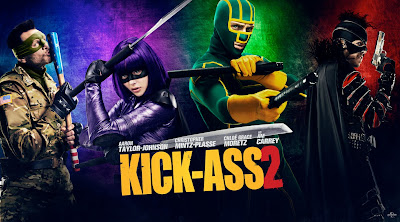 John Romita Jr and Mark Millar’s Kick Ass is the only graphic novel I have ever read.  I came away from it with a slight glow, perhaps because it was my first, but certainly because I appreciated the storytelling style and the unique artistic style. Mathew Vaughn first brought Kick Ass to the screen in 2010 in a film which I adore – a true blend of meta-comedy, ultra-violence and pop culture references. Kick Ass 2 expands on the world of the first film in an interesting way but doesn’t quite achieve the same impact as its predecessor. 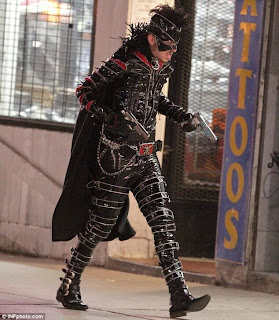 Based roughly three years after the events of the first film, Dave Lizewski/Kick Ass (Aaron Johnson) has inspired a small army of regular folk to don costumes and take to the streets as crime fighters. Mindy Macready/Hit Girl (Chloe Moretz) is now living with her godfather Detective Marcus Williams (Morris Chestnut) and is struggling after the death of her father Big Daddy. Chris D’Amico (Christopher Mintz-Plasse) has abandoned his alter ego as The Red Mist and instead decides to become to the worlds’ first super villain, aptly titled The Mother Fucker. The regular citizens who have taken to the streets are led by Colonel Stars and Stripes (Jim Carrey) an ex-mafia enforcer who recently found religion. The Mother Fucker’s attempts at infamy leave the city needing the likes of Kick Ass and Hit Girl to defend it. 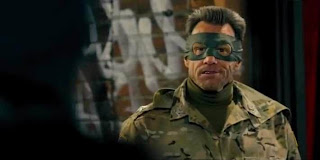 Let me make one thing very clear: Kick Ass 2 is only worth watching if you’ve seen the previous film and you’re a fan of it. Despite being set a few years later, the film seamlessly picks up from the original and I was smoothly put back in the Kick Ass universe. There is a distinct flavour to both the comedy and the violence, which maybe isn’t to everyone’s taste. The comedy is full of pop culture and comic book references (the pick of the bunch being a particular yellow shirt Kick Ass wears in bed). The violence is fairly graphic, but for me it’s in keeping with what would happen if regular Joes went around attempting to fight hardened criminals. They wouldn’t last long and the results would be less than impressive. Jim Carrey is an excellent addition to the cast. I can’t really remember the last time I saw Jim Carrey just having fun on screen like this. Fully equipped with interesting facial prosthetics, a typically wacky Carrey accent and a touch more bulk than we are used to seeing, Carrey brings a great character to the screen. 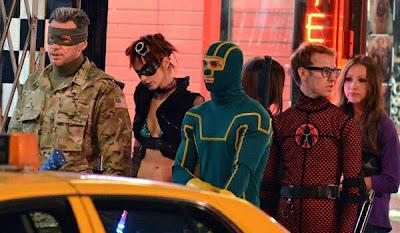 The major strength of this film is the three core stories of Hit Girl, Kick Ass and The Mother Fucker as each struggles with their own personal issues. Hit Girl is forced to attend high school for the first time with rather disastrous results, and in this plotline the film borrows heavily from Mean Girls to the point of plagiarism. The Mother Fucker’s story is by far the funniest of the film; I love Christopher Mintz-Plasse – his ability to whine and scream almost at the same time never fails to make me laugh. Kick Ass’s story is almost a rehashing of the first film, albeit with slighter higher stakes: he’s still trying to find his place in the world. At least he has a few more companions around this time. 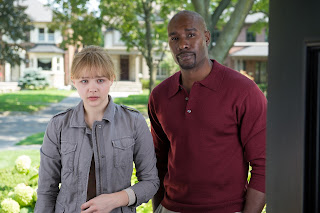 Jeff Wadlow replaces Mathew Vaughn in the director’s chair and the film suffers as a result. Mathew Vaughn injects inspired moments into his films, which were definitely lacking from this sequel. Wadlow has a fairly generic style which didn’t really convey the comic book vibe of the first film. The action set pieces are shot competently without being amazing. Perhaps a little more time spent blending in the computer generated moments may have helped.

This is a refreshing change from the Marvel and DC tent pole films of the year. I like the idea of graphic novels like Kick Ass and Scott Pilgrim Vs. The World being developed into film franchises – it shows that Hollywood is prepared to bring smaller, unique stories to the screen. If you’re a fan of the first and in the mood for disposable fun, Kick Ass 2 is what you’re after.

Kick Ass 2 hits cinemas Thursday the 22nd of August. If you see the film and agree or disagree with my thoughts feel free to drop a line below.